Should Nurse Stations Be Moved To Wards? 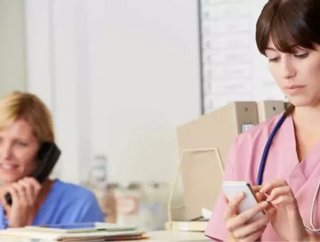 British politician, Ann Clwyd, has spoken out in favour of banning nursing stations, stating that too much time is spent talking with colleagues and n...

British politician, Ann Clwyd, has spoken out in favour of banning nursing stations, stating that too much time is spent talking with colleagues and not enough time is spent caring for patients. The Labour MP suggested instead that staff desks should be moved to the middle of wards.

Clwyd, who herself spoke emotionally about poor care received by her husband in an NHS hospital in parliament, has also spoken to numerous relatives of patients who also received poor standards of care. “A big thing that patients that have contacted me talk about is getting rid of nursing stations,” Clwyd told British newspaper, the Independent.

“People are incensed by nurses' stations. They say they just gather and chat constantly. They are suggesting bringing back the desk on the ward – not off the ward,” she continued.

Clwyd insists that she hears the same complaints again and again and yet they never seem to get through to hospital managers and executives. The British Government last week promised to overhaul the system by improving training standards and putting care back at the heart of the health service, however there are lessons that can be learned from what Clwyd highlighted on a global scale.

What do you think? Do you think nurse stations should be located on the ward? How can hospital executives ensure they hear the concerns being voiced by patients and their relatives? Join the discussion at our Businessfriend page.