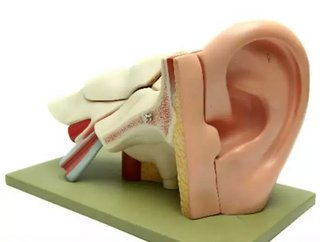 Millions of tinnitus sufferers have been given renewed hope that a drug treatment for the condition is a possibility. It is all thanks to a discovery t...

Millions of tinnitus sufferers have been given renewed hope that a drug treatment for the condition is a possibility.

It is all thanks to a discovery that has been made by a group of research scientists from the University of Leicester in the UK.

They have identified a cellular mechanism that could underlie the development of tinnitus following exposure to loud noises.

It is this discovery that could lead to novel tinnitus treatments, and investigations into potential drugs to prevent tinnitus are already underway.

Tinnitus is thought to affect 10 percent of the population, and in the UK alone it is estimated there are five million sufferers.

It refers to the sensation of phantom sounds, usually a ringing or buzzing in the ears, which the sufferer hears even when there is no external noise.

Commonly it is caused from exposure to loud noises, although there have been suggestions that it can also be caused from damage to nerve cells connected to the ears.

There are currently no treatments available for tinnitus, nor is there anything to prevent or ease the symptoms.

Commenting on the research team’s findings, Dr Martine Hamann, the leader of the study, said: “We need to know the implications of acoustic over exposure, not only in terms of hearing loss but also what's happening in the brain and central nervous system.

“It's believed that tinnitus results from changes in excitability in cells in the brain - cells become more reactive, in this case more reactive to an unknown sound.”

To carry out the investigation, Dr Hamann and her team looked at cells in the dorsal cochlear nucleus part of the brain, which carries signals from nerve cells into the ear to the parts of the brain that decode and make sense of sounds.

Following exposure to loud noises, some of the nerve cells (neurons) in the dorsal cochlear nucleus start to fire erratically, and this uncontrolled activity eventually leads to tinnitus.

“We showed that exposure to loud sound triggers hearing loss a few days after the exposure to the sound,” explained Dr Hamann.

“It also triggers this uncontrolled activity in the neurons of the dorsal cochlear nucleus.

“This is all happening very quickly, in a matter of days.”

In another key breakthrough, the team also identified the specific cellular mechanism that leads to the neurons' over-activity.

Ordinarily, these cells only fire regularly and therefore regularly return to a rest state.

However, if the potassium channels are not working properly, the cells cannot return to a rest state and instead fire continuously in random bursts, creating the sensation of constant noise when none exists.

Dr Hamann continued: "In normal conditions the channel helps to drag down the cellular electrical activity to its resting state and this allows the cell to function with a regular pattern.

“After exposure to loud sound, the channel is functioning less and therefore the cell is constantly active, being unable to reach its resting state and displaying those irregular bursts.”

Although many researchers have investigated the mechanisms underlying tinnitus, this is the first time that cellular bursting activity has been characterised and linked to specific potassium channels.

Identifying the potassium channels involved in the early stages of tinnitus opens up new possibilities for preventing tinnitus with early drug treatments.

Dr Hamann's team is currently investigating potential drugs that could regulate the damaged cells, preventing their erratic firing and returning them to a resting state.

If suitable drug compounds are discovered, they could be given to patients who have been exposed to loud noises to protect them against the onset of tinnitus.

However, these investigations are still in the preliminary stages, and any drug treatment would still be years away.

The research was funded by a Research Councils UK fellowship to Dr Hamann, a grant from the Wellcome Trust and a PhD studentship from GlaxoSmithKline, with follow-up investigations funded by a three-month grant from Deafness Research UK.

Also commenting on the research, Vivienne Michael, Chief Executive of Deafness Research UK, said: “We're pleased to hear about this progress in such a debilitating hearing impairment.

“The charity continues to fund research into better treatments for tinnitus, with the ultimate aim of a cure.

Further pharmaceutical research will be carried out by the University of Leicester in collaboration with Autifony Therapeutics Ltd via a Medical Research Council Case studentship, which is due to start in October 2012.