TOP 10: Best hospitals to work for in the Northeast USA 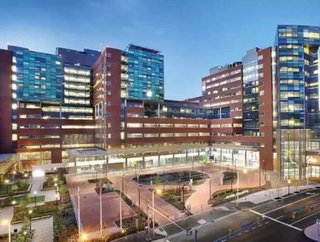 Hospitals in todays society have become much more than just a facility where people go to undergo surgery or have a baby. They have become a symbol of w...

Hospitals in today’s society have become much more than just a facility where people go to undergo surgery or have a baby. They have become a symbol of what needs to change to make U.S. health care more sustainable for future generations.

The following hospitals represent the best of strong credentials, rich history and a growing focus on how to best care for patients, all while promoting the highest form of employee satisfaction and work-life balance.

Spotlight: Recently, Yale-New Haven and Yale University formed a transatlantic health care and research alliance with University College London. The trio has begun research into cardiovascular disease, hepatology and nephrology, among other areas.

With a more than 120-year history, Dartmouth-Hitchcock Medical Center is New Hampshire's only academic medical center. DHMC is Magnet-recognized for nursing excellence, and U.S. News & World Report ranked it as the top hospital in the state in 2013-14.

Spotlight: As a hospital, DHMC strives for excellence at an individual level, but also for the greater good. It constantly seeks out partners and stakeholders who are interested in furthering quality of care while reducing costs for patients.

Virginia Commonwealth University Medical Center has a rich place in American history, as it was affiliated with the only Southern medical school to graduate students during the Civil War. Today, the five-hospital, 865-bed medical center is Magnet-designated for nursing excellence and includes the region's only Level I trauma center.

Spotlight: VCU Medical Center is also one of only three civilian institutions in the country to participate in a military program to train special operations combat medics, who provide care for wounded members of the military for extended amounts of time.

Memorial Sloan Kettering Cancer Center is one of 41 National Cancer Institute-designated Comprehensive Cancer Centers, and its physicians treat more than 400 different subtypes of cancer each year. From 1980 to 2012, the Food and Drug Administration approved 10 drugs developed in the cancer center’s lab, the most of any cancer center in the country.

Spotlight: Memorial Sloan Kettering partners with a number of local universities, including The Rockefeller University, Cornell University and Weill Cornell Medical College, offering PhD and MD/PhD programs. The hospital is an anchor for preventative care in New York, providing thousands of cancer screenings each year. Geisinger Medical Center has grown from its original 70 beds into the nation’s largest rural health services organization. Today, the Level I trauma center has received Magnet designation for nursing excellence, was named a “Most Wired” hospital and designated as one of the safest hospitals in the country by The Leapfrog Group.

Spotlight: Geisinger Medical Center is one of the training campuses for Geisinger Health Center's new neurosurgery residency program, which started in 2013. The program is one of just five neurosurgery programs added in the last five years in the United States.

Dating back to 1890, Christiana Care Health System is an award-winning hospital, earning a number of accolades in general surgery, orthopedic surgery, spine surgery, pulmonary care and overall clinical excellence. The hospital currently performs in the top 5 percent of hospitals nationwide.

Spotlight: In 2012, the Christiana Care Learning Institute joined the Training Magazine list of the top 125 training organizations in the nation and in 2013, the Learning Institute moved up the list, all the way into the top 25. The Training Top 125 award recognizes excellence in employer-sponsored training and development programs and in maximizing human capital. Founded in 1852, Mount Sinai has grown to house 1,171 beds and employ 2,500 physicians. The hospital is one of the largest in the nation and is Magnet-designated for nursing excellence. Mount Sinai is home to a number of medical breakthroughs, including the first successful mastoidectomy in the country in 1892 and establishing the concept of Group O blood as the universal donor in 1908. The Johns Hopkins Hospital was established in 1889 and has since become known as the birthplace of many standards in medicine, including the use of latex surgical gloves. Ranked as the number one hospital in the nation for 2013-14 by U.S. News & World Report, Johns Hopkins holds the top spot for five specialties: ear, nose and throat; geriatrics; neurology and neurosurgery; rheumatology and urology.

Spotlight: Last year, the Baltimore-based hospital launched an innovative public-private partnership that trains individuals on public assistance to gain full- and part-time jobs at the hospital. Johns Hopkins shows how hospitals can improve health and well-being not only through clinical care but employment opportunities, as well. 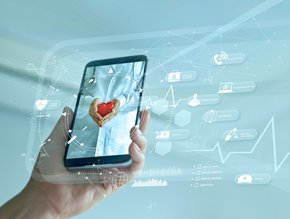