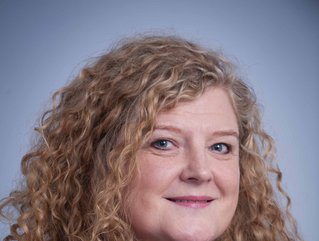 A UK based healthcare legend, Tina Nolan is the managing director of ETL, a leading consultancy in the health and life sciences sectors uniquely owned by, and its profits returning to, the NHS.

Born and educated in Dublin, Tina trained as an architect and after coming to England in the 1990s, moved into consultancy where she helped to invent healthcare planning, now recognised as a discipline with its own Academy (of which Tina is a founding member).

Tina’s career to date has seen her advising on major healthcare projects in the UK and overseas, including Australia, the Middle East and, back in her hometown, where she led the team that created the concept of a national children’s hospital for Ireland, currently under construction.

In 2013 Tina was the first key hire for ETL with a remit to build the consultancy. With a team today of over 100 Tina regards her mission as only “partly” accomplished. She believes that after the COVID-19 pandemic, there will be a rise in the number of students enrolling in healthcare studies, similar to what she herself experienced in 1990.

“It's core to what ETL is about,” she says. “At ETL, we are focused on healthcare and life sciences. I think COVID-19 has been a revelation to us, in how these are intrinsically linked together. Scientists and clinicians need to work much more closely together, so we can translate discovery in life sciences very quickly into cures, for a healthy population. I think what we have also experienced in COVID-19 is that there's a real need for high-quality hospital infrastructure.

Celebrating healthcare heroes for their innovation, grit and vaccines

Tina has her own healthcare heroes - starting with Edward Jenner, who discovered smallpox vaccination.

“But a more recent hero is obviously the British professor, Sarah Gilbert, who was very determined to get the AstraZeneca, the Oxford vaccine, out to the market as soon as possible. I think that has been an amazing achievement over the last two years,” says Nolan. “Other people, I think a shout-out for people who've spent their careers looking at health inequalities and the social determinants of health, and how we promote equal access for all. So, I guess I would start with Aneurin Bevan, obviously, the founder of the NHS after the Second World War.

“But again, I think looking for a hero today, it would have to be Sir Michael Marmot, who is a leading epidemiologist at University College London, and has spent his career promoting equal health for all, and undertaking a lot of research into the gap in access to healthcare globally.

“A last one - and a collective hero - it has to be all of those health workers in Ukraine working in extreme conditions.”