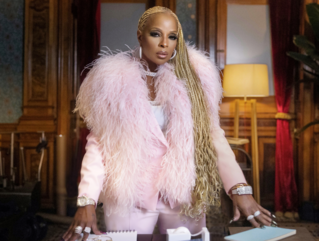 Medical technology company Hologic, Inc., is dedicated to supporting women’s health. A survey from January 2022 found that nearly 50% of women aged 16 - 54 have not seen a medical professional for a health screening in the past year , meaning that many women have missed their annual breast and cervical cancer screenings.

Hologic has teamed up with singer Mary J Blige for its first national, direct-to-consumer advertising campaign, sharply focused on women’s health. The campaign will begin with a 30-second spot on NBC during the “Big Game” on 13th February and then run through the Winter Olympics on television and digital channels.

Mary J. Blige, a Grammy Award-winning and Academy Award-nominated artist, actress and producer, features in the television advertisement, titled "Her Health is Her Wealth". The advertisement shows Ms. Blige living her daily life, traveling from set to studio to gym to boardroom - and scheduling her essential annual Well-Woman visit.

"I'm a strong believer that a woman's health is her wealth, and I'm proud to participate in this important campaign that puts that message front and centre on the world's biggest stage," said Ms. Blige. "I want women everywhere to know that real love means putting yourself first and prioritising your annual screenings."

"As a leader in women's health, we are keenly aware of the obstacles facing women across the nation when it comes to making their health a priority — during the pandemic and beyond," said Steve MacMillan, Hologic's Chairman, President and Chief Executive Officer. "We wanted to remind them that no matter how many responsibilities they navigate each day, nothing is more important than finding time to prioritise their health. We knew the best way to do that was to assemble a bold team of women to do so in an authentic and impactful way."

Hologic’s diverse and women-led team behind the campaign

In addition to the broadcast spot, the campaign includes: