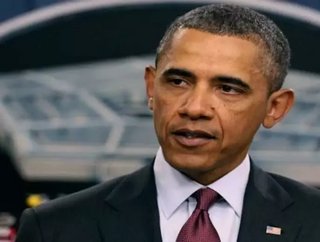 Obama administration has granted approval to four Republican-led states to build their own consumer-friendly insurance markets. With open enrollment fo...

Obama  administration has granted approval to four Republican-led states to build their own consumer-friendly insurance markets.

With open enrollment for millions of uninsured Americans just few months away-, Oct 1, 2013, the four GOP-led states joined 17 states plus Washington, D.C. that have secured an initial go-ahead to build and run the insurance exchanges.

The list also included California, which has about 7.5 million uninsured residents. The democratic-led California was an early supporter of  President Barack Obama’s healthcare law and has been working seriously on its plan.

Rachel Klein, Executive Director of Enroll America, a non profit trying to educate the public about new benefits under the federal healthcare law said, “Most people don’t really know what those words mean, but that’s OK.”  Mr. Klein also said, “ What they really need to know is that there’s going to be a new way to buy health insurance.”

The new marketplaces will take the confusion and anxiety out of acquiring private health insurance for individuals and families who acquire their coverage directly.

The exchanges are meant to have the feel of an online travel sitean Expedia or Orbitz.  The exchanges will also offer some relief from sticker shock. Under the new law, about 8 in 10 customers in the new marketplaces will be eligible for income-based federal aid to help pay their premiums.

The small businesses will have separate access to their own exchanges.  The approvals announced are provisions, stated administration officials and more work remains to be completed before they will issue final sign-offs.  Jon Hanian, spokesman for Republican Gov. C.L. “Butch” Otter.

The federal government will set up and run the new marketplaces in states that opt out of playing any role and the 19 republican-led states have taken that route.

The remaining states are either pursuing partnerships with Washington or still mulling their options.  Under Obama’s law, the plans in the new marketplaces will have to cover a set of essential benefits that include hospitalization, doctor visits, prescriptions, prevention and care for pregnant women and young children.

The law  gives the states the option to expand Medicaid to cover more of their low-income residents, with federal government picking up about 90 cents of every dollar in added costs. The coverage through exchange plans will commence on Jan 1,  2014.