Stressed workers worried about being sacked 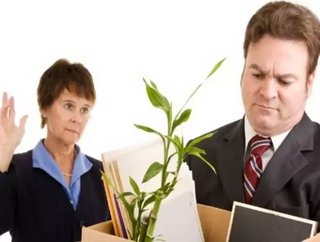 A survey carried out by the mental health charity Mind found that one in five workers are reluctant to let their boss know they are feeling too stresse...

A survey carried out by the mental health charity Mind found that one in five workers are reluctant to let their boss know they are feeling too stressed in their job.

More than 2000 workers were questioned as part of the study and many employees believe they would face redundancy or even the sack if admitted they are struggling at work.

It was also found that since the economic downturn two out of three workers have been put under more pressure by their bosses.

READ MORE FROM THE WDM CONTENT NETWORK:
To read the latest edition of Healthcare Global, click here
Twitter is a vital link to patients
New pill could beat stress
Happiness gene is revealed

Meanwhile, a third of workers are feeling stressed over budget cuts in their workplace and almost half are too scared to take time off sick to deal with their problems.

Work is the biggest stress of most people’s lives and there is also a belief among workers that bosses would not offer to help them cope with any stress they were experiencing.

The charity says that an increase in workloads, unrealistic targets, poor management and the threat of redundancy are responsible for stress and mental health issues reaching “fever pitch” among employees.

Paul Farmer, the Chief Executive of mind says: “The negativity that persists around stress and mental health problems is unacceptable in a modern workforce.”

“Pressure and stress may be part of our working lives, but failing to recognise that everyone has a limit is a mistake that costs businesses billions of pounds a year,” he argues.

He adds: “Stigma is so great employees worry that even mentioning stress will lose them their jobs. Mental health problems exist in every workforce, but at the moment it exists as a costly and unaddressed elephant in the room.”

The charity advises that firms tackle the problem or stressed employees by ensuring they have proper breaks throughout the day and ensuring they are able to communicate their pressures and concerns.

“Some businesses are already seeing this approach pay off, reducing sickness absence, cutting costs and being rewarded with a productive and committed workforce,” says Farmer.

“It's time for all employers to change their attitudes towards mental health problems at work.”