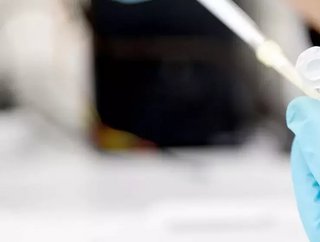 Danish pharmaceutical multinational Novo Nordisk has announced it is to acquire the Massachusetts-based Corvidia Therapeutics...

Danish pharmaceutical multinational Novo Nordisk has announced it is to acquire the Massachusetts-based Corvidia Therapeutics.

Novo Nordisk specialises in diabetes medications, while Corvidia is a clinical-stage company focused on R&D for cardio-renal diseases.

Novo Nordisk said its interest was spurred by a desire to expand its capabilities for cardiovascular disease, which is linked to its core business of diabetes and obesity. The relationship between obesity and cardiovascular disease is well documented, with the ongoing COVID-19 epidemic bringing a renewed focus on the increased risks to health caused by obesity in general.

Corvidia is developing a pharmaceutical known as ziltivekimab to reduce the risk of heart attacks in those suffering from chronic kidney disease. The medication is currently being evaluated in medical trials.

In a press release, Mads Krogsgaard Thomsen, executive vice president and chief science officer of Novo Nordisk, said: “We believe that ziltivekimab has the potential to become a first- and best-in-class treatment to lower the burden of cardiovascular disease in a patient population that is at high risk of major adverse cardiovascular events.”

Novo Nordisk said that under the terms of the agreement, it would acquire all of Corvidia’s outstanding shares for $725mn, but that total payments could amount to $2.1bn pursuant to regulatory and sales milestones.

”This acquisition recognises the important scientific work Corvidia has been doing over the last five years in cardio-renal diseases with a focus on inflammation,” said Marc de Garidel, chief executive officer of Corvidia Therapeutics. “In Novo Nordisk, we have found a partner that has deep expertise in cardiometabolic disease, a proven track record of success in conducting cardiovascular outcomes trials (CVOT), and the infrastructure to accelerate the development of ziltivekimab in order to help patients who need it most.”

The deal remains subject to the end of a waiting period and other usual conditions.