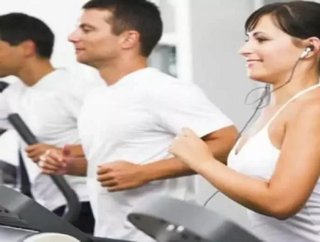 The findings have showed that disruption of the body’s daily functions was related to the decrease in happiness.

Earlier studies have observed how happiness had less of a relationship with serious medical issues like cancer but a strong correlation with everyday medical conditions like incontinence.

The researchers aim was to look at the difference between the two.

The study’s lead author Erik Angner said, “These new results support the notion that health status is one of the most important predictors of happiness.” He also said, “A better understanding of the complex relationship between health status and subjective well-being could have important implications for the care and treatment of patients and could lead to interventions that could dramatically improve the quality of life of patients.”

There were about 383 older adults who participated in the study under the primary care of 39 physicians in Alabama.

In the study, the team of investigators utilized the freedom-from-debility score, a metric that tracks four health survey questions along with responses pertaining to difficulties with physical activities and the role of these daily activities.

The scientists believe that the study they conducted is the first of its kind to directly measure the point at which happiness is affected by health issues.

People who suffer illness compensate by deriving more happiness or satisfaction from life domains other than health including work, family and life by experiencing improvements in other domains and by assigning greater weight to those other domains.

Based on the findings, the researchers discovered a one-point increase in the score for freedom-from-debility translated to a 3% decline in unhappiness.

The team of investigators noted that an understanding of the relationship between health status and well-being could allow for better treatment and care for patients.

The authors also said, “These results support the contention that health status is one of the most important predictors of happiness.” They also said, “The person’s social environment is obviously important in determining the extent to which disease disrupts the daily functioning. Using an approach that accounts for additional psychological and social factors is critical to explain why subjective health status and disruption of daily functioning were related with  happiness while objective health status was not.”