Study says strokes in young age group is on the rise 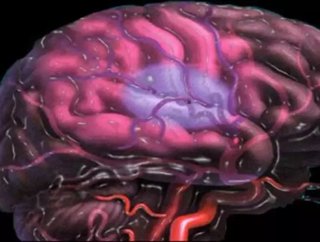 Study has found that strokes in young people are rising and one in five victims is now below the age of 55.The study followed 1.3 million people in the...

Study has found that strokes in young people are rising and one in five victims is now below the age of 55. The study followed 1.3 million people in the U.S. region and those experiencing stroke in 2005 were in this age group, up from 13% in 1993. The stroke association said that the findings were alarming.

“The reasons for this trend could be a rise in risk factors like diabetes, obesity and high cholesterol,” said, Report Author, Dr Brett Kissela.

The study also looked at people over the age of 20 in greater Cincinnati and North Kentucky over three periods in 1993, 1999 and 2005.

In the UK, there has been 40% reduction in the number of people having major strokes over the past 20 years.

The fall in the numbers has been partly on account of improvement in prevention, combined with an increase in healthy living public awareness.

Dr. David Werring, a Neurologist from University College London said, “Stroke is usually considered a disease of older people, but this study reminds us that young people are also affected.”  “It is possible that the changes in how stroke is detected during the study could explain some of the increase.”

Dr. Clare Walton from the Stroke Association said, “With the number of young people having strokes increasing, greater strain will be placed on health services to support them with their recovery.” “This problem needs to be addressed now. In many cases, a stroke can be prevented and everyone can reduce their risk by making a few simple healthy lifestyle changes," he adds.