Study shows inability to focus on task is linked to aging 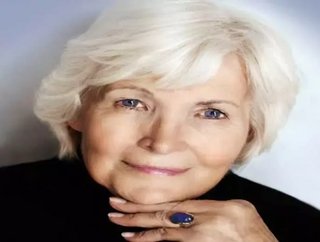 A new study has shown that the inability to focus on task at hand is linked to aging. The previous research has shown that individuals with wandering m...

A new study has shown that the inability to focus on task at hand is linked to aging. The previous research has shown that individuals with wandering minds could be exhibiting signs of unhappiness.

According to the new study, scientists from the University of California, San Francisco discovered that telomere length, a biological measure of aging both cellular and overall physiological level played a role on whether or not an individual would be present or if they would be inclined to have thoughts about being somewhere else or doing something else.

The UCSF researchers recruited 239 healthy women between the ages of 50 to 65 and studied this biomarker of longevity.

The researchers discovered that those who reported having difficulty focusing their attention on their current tasks had shorter telomeres and those who were more aware or engaged with their ongoing activities had longer telomeres, even after the results were adjusted for levels of stress.

As per the university, telomeres, which protect chromosomes ends from deterioration and keep them fusing with other nearby chromosomes, tend to be shorter with age.

The new study shows a link between these so-called DNA caps and mind wanderers- though they have not established whether one causes the other or if a third factor is ultimately responsible for both.

They also believe, their findings, when combined with previous work in the field, could indicate that the ability to keep focused on the here-and-now might play a role in promoting overall health at the cellular level.

Lead author and UCSF associate psychiatry Professor Dr. Elissa Epel said, “Our attention state- where our thoughts rest any moment-turns out to be a fascinating window into our well-being. It may be affected by our emotional state as well as shape our emotional state.”  She also said, “In our healthy sample, people who report being more engaged in their current activities tend to have longer telomeres. We don’t yet know how generalizable or important this relationship is.”

In the wake of their findings, Dr. Epel, UCSF psychologist Dr. Eli Puterman, and their colleagues report that they plan to develop a series of classes that will promote more mindful presence. Their goal is to see whether or not these classes can help protect telomeres, or even cause them to lengthen.