Acceleron and Celegene work to better serve the anemia problem 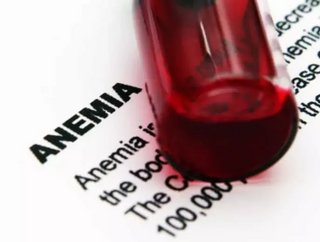 Partnerships like the beneficial one between Acceleron and Celegeneaccount for a large number of successful pharma trials set to take center stage in 2...

Partnerships like the beneficial one between Acceleron and Celegene account for a large number of successful pharma trials set to take center stage in 2014. These two companies present an answer to the long-term problem of anemia and the lack of effective drugs in the current market to serve patients in need.

Acceleron is set to receive a $7 million payment from its partner Celegene for its Phase 2 trial for the initiation of a Phase 2 clinical trial of sotatercept in patients on dialysis with end stage renal disease. The company is also eligible to receive future milestones of up to $360 million for the sotatercept program.

In the 1980s, this technology was used for treating anemia and maintaining its monopoly for over two decades. The giant of the anemia business is, of course, Amgen (AMGN). Amgen became the largest biotech company chiefly on the back of a drug it developed. A number of companies have tried, and failed, to knock Amgen out of that position throughout the years. But now an alliance of Celgene and Acceleron is taking another serious shot at the industry giant with sotatercept and ACE-536.

"Not many people know that several current members of Acceleron's management team, including CEO John Knopf, were bloodied in a court battle with Amgen. In the 1980s, as members of the Cambridge, MA-based Genetics Institute team they were at the losing end of a court fight over patents with Amgen, which was won, as usual, by Amgen. In the current reincarnation they have been extra careful to avoid giving another opportunity to Amgen's lawyers. Also, this time they have the backing of another powerful company, Celgene," says a source on the subject.

"Sotatercept, Acceleron's lead drug, increases hemoglobin levels and the mass of red cells by a novel mechanism. It is not an EPO (erythropoietin)-based product, it does not bind the EPO receptor, but works on a pathway that is fundamentally distinct from EPO. Hemoglobin is the oxygen-carrying protein inside red blood cells. It gives red blood cells their red color. People with anemia do not have enough hemoglobin."