Amazon develops a new health team for its Alexa division 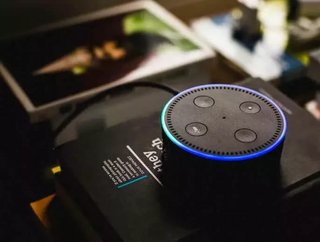 Following on from its partnership with Berkshire Hathaway and J. P. Morgan, Amazon has been continually looking at opportunities to enter the healthcare...

Following on from its partnership with Berkshire Hathaway and J. P. Morgan, Amazon has been continually looking at opportunities to enter the healthcare industry.

Causing stocks to plunge across the pharmaceutical industry, to working with existing healthcare providers in a number of initiatives, the e-commerce giant is set to explore the potential of its voice-recognition technology further through its new health and wellness team.

CNBC has previously reported that the company has recently launched its new team within its Alexa division, which will be spearheaded by Rachel Jiang.

However, with the vast number of complex HIPAA regulations, and data protection laws, in particular, the newly implemented GDPR rulings within Europe, the company has a tough hill to climb.

With this in mind, Amazon appointed former Chief Health Informatics Officer, Taha Kass-Hout, who will work alongside Babak Parviz to provide strategic direction and overall oversight of data, analytics and digital health initiatives.

The new team under the Alexa division, named Alexa Domains, will enable the technology to share essential data with healthcare professionals and support new parents, the elderly, and those with long-term health conditions, such as diabetes.

At present, Amazon’s Alexa is being harnessed by a number of healthcare providers across the US, such as The Mayo Clinic, but is also being utilised in the United Kingdom in initiatives to promote breastfeeding. Additionally, Libertana Home Health Care has sought to trial Alexa is a home health care support for the elderly, Slate has reported.