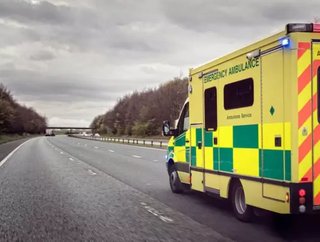 The 911 emergency service has not been updated since its implementation in the 1930s in the United Kingdom (999 service) and the United States since the...

The 911 emergency service has not been updated since its implementation in the 1930s in the United Kingdom (999 service) and the United States since the 1990s.

However, Apple is set to disrupt the traditional emergency lines through its Apple iOS 12 technology.

More individuals now use mobile technology than traditional, outdated landline phones to contact emergency services. To reflect this change, Apple has announced that through its software upgrade, users will automatically be able to share their location when they dial 911, in a bid to reduce emergency response times and accurately provide their location, anywhere across the US.

RapidSOS’s system will deliver the emergency location data of iOS users by integrating with many 911 centres’ existing software.

“Communities rely on 911 centres in an emergency, and we believe they should have the best available technology at their disposal,” said Tim Cook, Apple’s CEO. “When every moment counts, these tools will help first responders reach our customers when they most need assistance.”

Only the responding 911 centre will have access to the user’s location during an emergency call.

“We are excited to work with Apple to provide first responders a new path for accurate, device-based caller location using transformative Next Generation 911 technology.”

The FCC requires carriers to locate callers to within 50 meters at least 80 percent of the time by 2021. iOS location services are capable of exceeding this requirement today.

“This will accelerate the deployment of Next Generation 911 for everyone, saving lives and protecting property.”

“This new functionality is an example of how companies and first responders can use technology to dramatically improve public safety,” added Tom Wheeler, FCC Chairman from 2013 to 2017.

“Lives will be saved thanks to this effort by Apple and RapidSOS.”

“Helping 911 services quickly and accurately assess caller location has been a major issue since my time at the FCC,” noted Dennis Patrick, FCC Chairman from 1987 to 1989. “This advancement from Apple and RapidSOS will be transformative for emergency