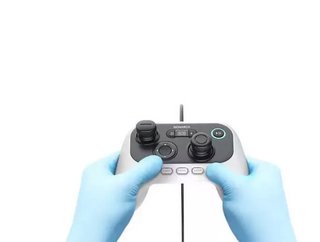 Auris Health has received Food and Drug Administration (FDA) clearance in the US for the company’s Monarch Platform, ushering in a new era of medical...

Auris Health has received Food and Drug Administration (FDA) clearance in the US for the company’s Monarch Platform, ushering in a new era of medical intervention.

The company is transforming medical intervention by integrating robotics, micro-instrumentation, endoscope design, sensing, and data science into one platform. Every element is driven by patient-specific design aimed at maintaining the integrity of the human body, without the need to create incisions at any stage.

Backed by leading technology investors including Mithril Capital Management, Lux Capital, Coatue Management, and Highland Capital, the company has launched the Monarch Platform, which is set to transform endoscopy.

The use of small cameras and tools enter the body through its natural openings and are operated via a controller, influenced by the modern gaming console, Xbox.

Auris’ first targeted disease state is lung cancer. The FDA has cleared the platform for diagnostic and therapeutic bronchoscopic procedures, with the aim to provide a more-accurate diagnosis, and eventually treatment of small and hard-to-reach nodules in the periphery of the lung.

“The Monarch Platform is designed to address the limitations of current technology with the introduction of a new era of flexible robotics. With this FDA clearance, we intend to deliver on the promise of improving patient care, starting with earlier and more accurate diagnosis of pulmonary nodules. We envision additional uses for the technology across future endoscopic clinical indications.”

Lung cancer is the leading cause of cancer deaths worldwide. More patients die every year from the disease than from prostate, breast, and colon cancers combined. More than 90% of people diagnosed with lung cancer do not survive, due to often being found in its advanced stages.

Whilst there are a variety of diagnostic options available for lung cancer, all have limitations in accuracy, safety, or invasiveness. This can lead to false positives, false negatives, or side effects such as pneumothorax (collapsed lung) and haemorrhage, which could increase health care costs and extend hospital stays.

“Four hundred fifty people die every day in the United States due to lung cancer. It is the number one cancer killer of both men and women in the world,” commented Michael Simoff, Managing Director of Interventional Pulmonology at Henry Ford Health System in Detroit, Michigan.

“Lung cancer screening has given us an opportunity diagnose cancer early and have a chance to cure it. The development of new advanced technology, like the Monarch Platform, could allow us the opportunity to make the diagnosis early, which translates directly to saving lives.”

The Monarch Platform is a revolutionary flexible endoscopic technology that holds promise to beat lung cancer by allowing physicians to diagnose, and eventually treat, hard-to-reach, small peripheral nodules with greater precision than ever before.

It utilises a familiar controller-like interface that physicians use to navigate the flexible robotic endoscope to the periphery of the lung with improved reach, vision, and control. Combining traditional endoscopic views into the lung with computer-assisted navigation based on 3D models of the patient’s own lung anatomy, the Monarch Platform provides physicians with continuous bronchoscope vision throughout the entire procedure.