BlackBerry's move to healthcare - a timeline 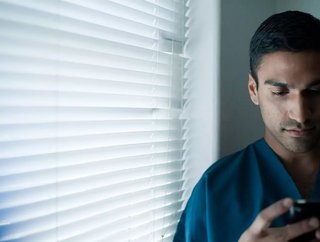 From the world's most popular smartphone to a leader in healthcare cybersecurity, we look at key moments in BlackBerry's move to healthcare

Research in Motion (RIM) is founded by two engineering students from Canada. In 1988 the company becomes the first wireless data technology developer in North America. Products include a wireless modem made by Ericsson containing RIM firmware. An investment round of C$5 million funds the development of RIM's two-way paging system hardware and software.

The company's growth leads to a listing on the Toronto Stock Exchange. In 1998 the first BlackBerry pager is released, so-called because of the keyboard's resemblance to the fruit. By 2008 BlackBerry is the leading smartphone around the world, until Apple launches the iPhone. BlackBerry responds by releasing its first touchscreen smartphone.

The company changes its name from RIM to BlackBerry. John Chen is appointed as CEO, with a key goal to focus on the healthcare sector.  The following year BlackBerry invests in NantHealth, a cloud-based clinical support platform. BlackBerry starts repositioning itself as a software company, acquiring several firms including WatchDox and AtHoc.

With its acquisition of UK firm Encription, BlackBerry signals its aim of focusing on cybersecurity. BlackBerry Secure, an enterprise mobile security platform for IoT, is released.

BlackBerry launches a number of products for the healthcare sector including Spark, its "Enterprise of Things" platform, and a blockchain solution for storing and sharing medical data anonymously. Additionally an operating system for the development of robotic surgical instruments, patient monitoring systems, and infusion pumps is released. This year the company also becomes a HIMSS Analytics certified consultant, enabling BlackBerry to help hospitals assess vulnerabilities in their IT infrastructure.

2020: The leader in healthcare IoT security

A report by consultants Frost & Sullivan finds that BlackBerry is responsible for securing 96% of the enterprise IoT threat landscape. This includes solutions like BlackBerry Identity and Access Management, which prevents breaches by allowing enterprises to manage the network of users and their access to devices and data.

Commenting on these recent accomplishments, Neelam Sandhu, Senior Vice President and Chief Elite Customer Success Officer, said: "BlackBerry Spark is trusted by healthcare experts and organisations around the world for its next-gen AI cybersecurity that ensures critical workflows.  Our platform is also HIPAA and HITECH compliant, giving healthcare organisations the peace of mind they need to focus on what is most important, while we seamlessly protect, prevent and remediate cyber threats.

"As we look to the future of the healthcare industry, there is no doubt that cyber attacks will continue to increase. BlackBerry facilitates and augments the great work accomplished on a daily basis by healthcare workers across the world to ensure you are safe and secure."​