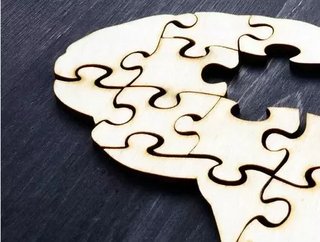 A recent medical breakthrough means that Alzheimer’s could be detected 20 years early through a blood test...

Alzheimer’s disease is the most common type of dementia in the United Kingdom, it is a condition associated with the slow and ongoing decline of the brain functioning and can impact a person’s thinking skills and other mental abilities.

The cause of the disease is not yet fully known however, a number of factors increase your risk of Alzheimer’s:

The first sign of the condition tends to be minor memory problems which could simply be you forgetting recent conversations or the names of certain objects.

As it develops, the symptoms become more severe and more can begin to develop, such as problems with speech, hallucinations and problems with mobility without assistance.

However there is a glimmer of hope as researchers have achieved a breakthrough in blood tests, meaning that there may soon be a simple way for doctors to identify Alzheimer’s years before any symptoms develop.

One blood test developed in Sweden may be able to detect changes in the brain linked with Alzheimer’s up to 20 years before symptoms occur.

The test has up to 98 per cent accuracy and may be available within a three year period.

The test will be a cheap and painless way of testing for the condition as opposed to current diagnostic methods, which are so invasive they are not carried out unless symptoms are advanced.

Scientists say that this breakthrough, if put ahead for further trials, has the potential to transform treatment for the disease that is on the rise as the current population ages.

Whilst there is still no treatment, this breakthrough could allow for it to be diagnosed earlier and slow its progression. This would allow people to enjoy their daily life and live their last years to the fullest.

What do you think about the breakthrough> Let us know by tweeting @HealthcareDig.