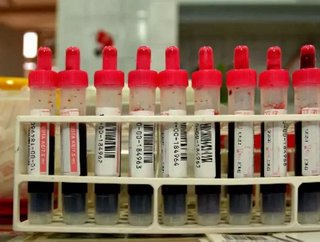 An innovative new blood test, which has been developed by scientists in the UK, is able to assess how well patients are responding to cancer treatment...

An innovative new blood test, which has been developed by scientists in the UK, is able to assess how well patients are responding to cancer treatment.

The test is being dubbed as a ‘liquid biopsy’, and it means patients would not have to undergo repeat biopsies to have the progress of their tumour monitored once their treatment had started.

As well as being a very simple procedure, the researchers say it is also very cost effective.

They believe that implementing the test could be done at a similar cost to others used to detect and monitor cancer and a single technician could carry out several hundred tests a week.

The blood test works by accurately measuring the levels of ‘faulty’ DNA fragments that are shed into the bloodstream by cancer cells as they die.

The researchers were also able to build a ‘real-time’ picture of how one woman’s breast cancer was responding to treatment over more than a year.

This could eventually mean that that a patient is given certain treatments based on the results of a quick blood test, sparing them from an invasive biopsy.

Commenting on the new test, the author of the study Dr Nitzan Rosenfeld, from the Cancer Research UK Cambridge Research Institute, said: “This type of blood test has the potential to revolutionise the way we diagnose and treat cancer.

“The great advantage is that it can be used to identify cancer mutations without surgery or a biopsy, making it safer and cheaper.”

The blood test also overcomes one of the main limitations of tumour biopsies, where a sample may only give a limited snapshot of the mutations that are present in cancer.

It is also difficult to take samples from secondary cancers throughout the body, once the disease has spread.

But because DNA is shed from all tumours into the bloodstream, this test gives a fuller picture of the disease’s progress.

This is the first time scientists have been able to screen entire genes in a blood test to identify mutations that have arisen in the cancer, and it could transform how cancers are monitored and treated in the future.

Dr James Brenton, from Cancer Research UK, added: “Our technique is much more comprehensive and practical than others that have been used to measure DNA in the blood.

“More than two per cent of the DNA we found in plasma of advanced cancer patients came from the tumour.

“This tumour specific DNA offers us an opportunity to follow the disease in ‘real-time’ as it changes, helping us to respond and change the treatments we use against the disease.”

He continued: “We need to confirm its accuracy in more patients, and in additional cancer types, but this test could be adapted to look for mutations in different cancers and updated to include new genetic faults as research uncovers them.”

Findings from the study have now been published in the journal Science Translational Medicine.