Boston Scientific agrees purchase of Apama Medical for up to $300mn 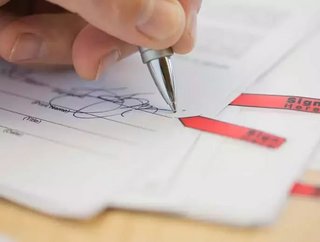 Medical technology innovator Boston Scientific Corporation is set to buy Apama Medical in order to expand its expertise in electrophysiology. Paying an...

Medical technology innovator Boston Scientific Corporation is set to buy Apama Medical in order to expand its expertise in electrophysiology.

Paying an initial $175mn, the fee could rise to $300mn between 2018 and 2020 based on achievements of clinical and regulatory milestones.

The standard of care in AF ablations is pulmonary vein isolation (PVI) – the application of energy to create lines of scar tissue around the pulmonary veins in the left atrium to block unwanted electrical signals that trigger AF. PVI is currently performed using two different technologies: point-by-point RF-based ablation and single-shot balloon-based ablation.

The Apama RF balloon – a single-shot, multi-electrode technology – is designed to combine the primary benefits of both RF point-by-point and balloon-based ablation approaches, notably the ability to deliver differentiated levels of energy and shortened procedure times.

The technology incorporates built-in digital cameras with LED lights and sensing electrodes on the balloon which allow for real-time visualisation and assessment of catheter electrode contact. This is intended to provide physicians with higher confidence of effective energy delivery and the ability to customise the amount of energy delivered around the circumference of the balloon, while further reducing procedure times when compared to existing balloon technologies.

Joe Fitzgerald, president of Rhythm Management, Boston Scientific, said: “The acquisition of Apama further advances our continued investment in the electrophysiology category, and, upon commercialisation, would broaden our portfolio of differentiated arrhythmia solutions.

"We are also excited about the ability to integrate the Apama RF balloon system with our RHYTHMIA HDx Mapping System to provide physicians with an unprecedented visualisation of the heart during ablation procedures."

The Apama RF balloon is currently being studied in clinical trials in Europe to serve as the basis for CE mark approval, which is expected in late 2018.