Checking emails could be bad for your health 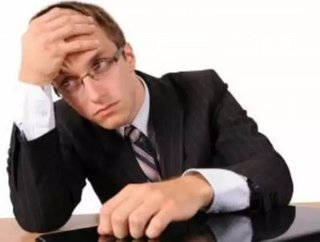 Checking your work email could be bad for your health and your productivity, according to new research by the University of California, Irvine. Accordi...

Checking your work email could be bad for your health and your productivity, according to new research by the University of California, Irvine.

According to the study, which connected heart rate monitors to office workers, checking your emails constantly puts people in a state of ‘high alert’, giving them a very constant heart rate. Those who had their emails taken away however, experienced more natural, variable heart rates.

“We found that when you remove email from workers’ lives, they multitask less and experience less stress,” said UCI informatics professor Gloria Mark. Being on a state of ‘high alert’ is often linked to high rates of the hormone cortisol, which is linked to stress. Stress in the workplace is often related to a variety of health problems, such as an increased likelihood of heart attacks and strokes.

The findings have prompted a range of ideas to decrease the levels of stress induced by emails. Professor Mark said the findings could be useful for boosting productivity and suggested that controlling email login times, batching messages or other strategies might be helpful. “Email vacations on the job may be a good idea,” she noted. “We need to experiment with that.”

While participants without email were healthier, however, they did report feeling ‘more isolated’. While those kept ‘out of the loop’ relied on colleagues for critical information, not having email can make people feel less included in a group. However, this feeling could be relieved by more personal interaction.

According to Professor Mark, “participants loved being without email, especially if their manager said it was OK. In general, they were much happier to interact in person.”