CRISPR is set to be used to target cancer cells 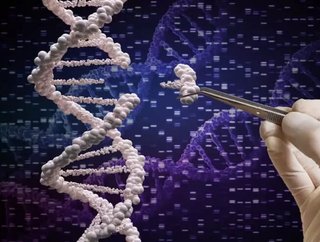 Last year, human embryos were successfully “edited” through the use of gene editing tool, CRISPR (Clustered, Regularly Interspaced, Short Palindromic Repeats). Led by US scientists, the genetic engineering process will enable the eradication of diseases which are currently passed down generations.

Last year, the technique was used to eradicate hypertrophic cardiomyopathy within 42 embryos, providing both advantages surrounding the elimination of hereditary diseases. Nonetheless, the success has also raised concerns with human rights groups.

Although the US has previously forbidden any form of genetic enhancement which could alter an individual’s physical and intellectual capabilities, as well as outlawing any potential cases where an edited IVF embryo is bought to full term, Doctors at the University of Pennsylvania are set to take this technology outside of China for the first time.

Upon gaining approval from the National Institutes of Health, the University of Pennsylvania is set to undertake the controversial process to modify healthy cells within a cancer patient, so that these cells then attack mutated cells and tumours.

The clinical trial will encompass up to 18 patients who are undertaking treatment for three different types of cancer, but it is hoped that the procedure will enable deadly tumours to be wiped out with a significantly higher success rate.

The process, named ex vivo gene therapy, will therefore see scientists extract healthy blood cells, delete two genes which can sense a threat to a patients’ immune system (PD-1), and a new detector receptor will then be put in its place, which can source mutated cells. These cells will then be retransferred to the patient. The procedure is deemed low risk, in comparison with targeting cells directly in a patients’ bloodstream.

At present, cancer is the second leading cause of death worldwide, where 1 in 6 deaths are cancer related, the Word Health Organisation has stated.  This figure is also set to rise, leading scientists and researchers to look at ways to address and tackle the disease.

The extensive clinical trial could have the potential to ultimately transform the way in which gene editing is viewed and utilised for future generations. The Parker Institute for Cancer Immunotherapy is set to financially support the trial.