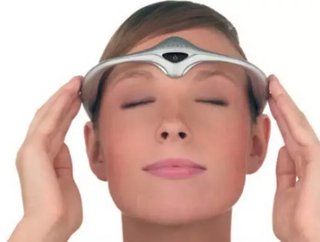 Written by Alyssa Clark Recently, the Food and Drug Administration recommended and approved a newly developed technology that can set all migraine-suf...

Recently, the Food and Drug Administration recommended and approved a newly developed technology that can set all migraine-suffers at ease, because there proves to be hope after all. With 12 percent of the U.S.’s population suffering from migraines, this problem has been a long-time coming in terms of finding a solution. Finally, this plastic headband-like medical device named Cefaly works to not only treat ongoing migraines, but works to prevent migraines from ever occurring in the first place.  What’s the best thing about this new device? This remedy remains entirely drug free and places the relief of pain onto this new device, rather than onto a pill bottle as we have seen in many years previously. The wave of moving away from traditional prescriptions and heavily-medicated ailments is something we can all be excited about— especially when drug-free remedies such as this become available to the public.

"Cefaly provides an alternative to medication for migraine prevention," said Christy Foreman, director of the Office of Device Evaluation at the FDA's Center for Devices and Radiological Health, according to a news release. "This may help patients who cannot tolerate current migraine medications for preventing migraines or treating attacks."

The headband is built on TENS stimulation, which is described as Transcutaneous electrical nerve stimulation, and works by delivering a small electric current through an electrode on the forehead. The electricity that is pumped to the head stimulates the trigeminal nerve, which has been long tied to being the cause of migraines.

The study found that, “Safety and efficacy for the device was evaluated via a study conducted on 67 people living in Belgium. The participants had two migraine attacks a month and weren't on any medications to prevent headaches. Researchers also looked at data from 2,313 Cefaly users in France and Belgium to assess patient satisfaction.”

Belgium’s STX-Med is the company behind this one-of-a-kind technology, making the headband battery-operated. Cefaly has not only proved to be an example of moving away from the prescription-heavy past, but can now be attained in the U.S. with a prescription from a medical professional.

“Data from the patient satisfaction study showed that over half (53 percent) of the participants were satisfied with the treatment and were willing to buy the device. Common problems of using the device were sleepiness during treatment and headache after treatment session.”