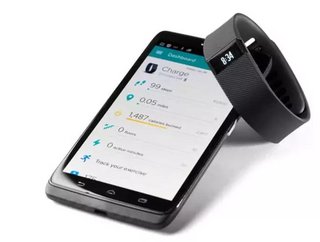 Healthcare is providing a large number of opportunities for businesses, providing the potential to move into new markets. Whilst renowned as a fitness t...

Healthcare is providing a large number of opportunities for businesses, providing the potential to move into new markets. Whilst renowned as a fitness tracking company, Fitbit is gaining ground by focusing more on new and upcoming healthcare technologies, leading to its new partnership with diabetes-tracking company DexCom.

Since the news broke, Fitbit’s shares have sharply risen up to 11%, Techcrunch has reported. Dexcom has a significant market share, where Fitbit’s watches will become fully integrated with the company’s healthcare technologies. Such examples are glucose monitoring sensors, which will enable users to track their blood sugar levels and maintain a high quality of life whilst remaining on the move through Fitbit’s products.

To use the technology, users will have a small sensor placed under their skin in order for the technology to be 100% accurate in monitoring glucose, and provide vital statistics surrounding users heart rate and blood oxygen levels. However, it will require users to link one of Dexcom’s devices to the Fitbit app, proving beneficial for both parties.

The Ionic Smartwatch will be one of the first watches by Fitbit to adopt this technology, which is set for release in 2018. The technology will therefore open up the possibility to attract a further 320 million people who are living with diabetes globally – figures which are predicted to double in the next 20 years.

However, the move will also see Fitbit go up against companies such as Apple, who have been increasingly adopting health technologies within its products and embedding them within its Apple Watch. Nonetheless, many saw the direction in which Fitbit continues to head, with the previous collaboration with United Healthcare.

"With Ionic, we are focused on driving positive health outcomes and more health focused tools, and this collaboration is a wonderful example of how we plan to bring that vision to our users," commented Fitbit CEO James Park.

Still, whilst the company’s shares have risen, the news has been met with a mixed reaction. Many are not convinced Fitbit will gain as much traction as Apple, who have received worldwide praise for their continuous focus on new and upcoming technologies.

Although the tech giant has recently partnered with Aetna in order to support the company’s 20+ million members, Fitbit has also undertaken deals such as this in the past with UnitedHealthcare.