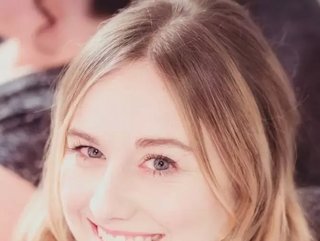 Natalie Quinn-Walker, Healthcare Lecturer at Arden University, discusses how automation can help abuse victims & how stereotypes fail us all

Natalie Quinn-Walker, Healthcare Lecturer and Module Leader at Arden University, shares how developments with healthcare automation can potentially address some of the issues that male victims often face in the medical sector.

It is commonly cited that women and girls are disproportionately the victims of sexual violence in conflict, but more recently, this notion is increasingly coming under challenge with the past decade indicating a growing number of male abuse victims. The Office For National Statistics stats of domestic abuse equates that one in seven men are victims of domestic abuse in their lifetime.

Despite efforts and ongoing progress within societies, gender stereotypes still exist, whether they are as irksome as believing ‘all women are over emotional’ or as trivial as ‘all men are incompetent at multitasking’. These stereotypes can be problematic, however, especially when they infiltrate the healthcare sector.

The unfortunate power of stereotypes

Often, when it comes to abuse, there can be heightened levels of anxiety and worry when reporting it – regardless of one’s gender. However, for men, these anxieties are worsened due to the stereotypes men face and the stigma abuse victims may feel. ManKind Initiative reported that their calls increased by a quarter over the pandemic period, and visits to their website increased by 75%. Of the men who reached out to ManKind Initiative, 61% had not disclosed their abuse to anyone previously. Meanwhile, Men’s Advice Line saw an average of 3,527 calls and emails per month from April to June 2020.

Men may fear they would be perceived as less masculine if they reported abuse or that they would not be believed, and are reluctant to trust the interventions in place to help abuse victims will help them.

Mark Brooks, chairman of the ManKind Initiative, a British charity for male victims of domestic abuse, has previously said that when men do reach out for help, they tend to be looking for validation,  someone to confirm that they are victims and practical advice on how to deal with their situation.

When speaking to Reuters Health, he commented that: “Women are very much taught that domestic abuse is something that happens to women and therefore they need to be on their guard . . . men are not really taught or brought up in the same way.”

This lack of awareness that men can be victims has led to a reluctance to seek help.

When sharing the work ManKind Initiative offers male abuse victims, Mark revealed that “Over half of the men who call our helpline have said that they would not have called us if the helpline was not anonymous”.

Allowing victims to come forward anonymously without the judgment people may unintentionally carry is an effective way to tackle the issue. Automation can open doors for male victims – it will gather the data and facts needed without being influenced by stereotypes. It can allow victims to feel more comfortable, free of stigmatisation, and reduce the anxiety felt.

Automation can also connect the dots. It may notice previous injuries and flag them up as potential abuse. Where a doctor may assume a man who has frequently come in with minor injuries is merely a little clumsy, automation can notice patterns and flag it up for professionals to delve more into.

It can also bridge the gap between appointments and be accessible outside GPs. As mentioned above, many men do not even consider themselves as victims. Having an automation service at hand and information available in public toilets, for example, is not only opening the discourse allowing men to know they can be victims of abuse, but it also exposes and educates the fact that there is help available.

Forms of communication through apps and telephone calls could reinforce a relationship continuity, with patients appreciating the additional engagement level. However, there may be communication barriers such as a lack of digital skills, resulting in people feeling excluded, limiting their ability to access new resources.

A domestic abuse app developed by Hestia in partnership with Vodafone Foundation could assist in supporting victims to:

Bright Sky's app is a welcomed launch, providing a life-line support service with a few taps.

Change needs to come from society

Even though automation can be tailored to each society and different cultures, it cannot carry the burden of changing societal stereotypes. Under the Sexual Offences Act, legally, a woman can not be charged with rape against a male victim.  In 2020, a petition was launched to change the current legal definition of rape to recognise male victims of female perpetrators. The Government responded to the petition: “All non-consensual sexual activity is dealt with by specific serious offences, including those that can be committed by a man or a woman. We have no plans to amend the legal definition of rape.” A change to the law could shift perception towards male victims and education around male abuse is needed.

Automation cannot solve all problems, and we can argue that the machines created by humans will have human tendencies – therefore, they will still react differently towards male victims. It cannot pick up on common tell-tale signs expressed via body language and facial reactions either. However, automation can be the bridge that will help men talk more and voice their abuse and wellbeing more comfortably.