How technology is affecting the response to coronavirus 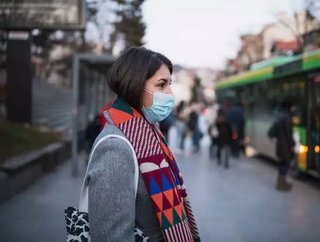 As the coronavirus epidemic teeters on the brink of being declared a pandemic, we take a look at the part technology is playing, good and bad. The prim...

As the coronavirus epidemic teeters on the brink of being declared a pandemic, we take a look at the part technology is playing, good and bad.

The primary method of transmission has been the return of infected travelers from countries and areas where the virus is present. Consequently, the screening of passengers has become vitally important, with China in particular employing controversial so-called ‘temperature guns’ to check for fever, a key indicator of coronavirus.

Scientists and doctors, meanwhile, are racing to find a cure or treatment for those infected with the disease. An important tool, and one that prevents the infection of healthcare professionals, is telemedicine. That might involve the use of robots to deliver medicines or food, or remote diagnosis through videos and other sensors to limit exposure.

For those in isolation, meanwhile, the connectivity of modern technology offers a vital lifeline to the real world. In China, the epicentre of the outbreak and consequently the worst affected, messaging and social media apps like Weibo and WeChat have been sources of morale boosting viral videos and ideas about what to do whilst quarantined.

It’s not all sunshine and roses for technology’s role in the outbreak, however, with social media culpable for the spreading of malicious rumours about the virus’ origin, spread and potential cures. Those rumours have even been given a name by the WHO: an “infodemic”. Consequently, a number of social media giants have announced targeted programs to stop the misinformation, including Facebook, which has announced a ban on advertisements promising to cure the disease.

In less important but still noteworthy news, coronavirus itself is also having a knock on effect on tech companies’ bottom-line, chiefly due to the interruption of supply chains. Apple’s schedule for the manufacture of its latest iPhones has been affected, while Microsoft has been forced into issuing a financial warning.

As coronavirus continues to spread, with worrying further outbreaks across Europe, technology is sure to have a significant part to play in this ongoing drama.