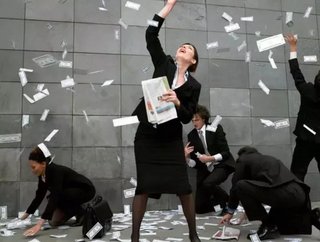 Situated in Israel and the US, medical device company Motus has recently filed to undertake an initial public offering of its shares on the Nasdaq Stock...

Situated in Israel and the US, medical device company Motus has recently filed to undertake an initial public offering of its shares on the Nasdaq Stock Exchange. It is thought that shares could raise up to $28.8 million.

Responsible for the launch of the Pure-Vu system, Motus supports patients who are undertaking a colonoscopy, supporting the cleaning process to allow the procedure to be undertaken.

One of the most common procedures to be undertaken in the US annually, the technology has been accepted by the FDA, but works only to supplement current cleaning processes prior to the procedure being undertaken.

Designed to improve the patient experience and early detection of colorectal cancer and other dieases, the system fits over standard colonoscopes, supporting medical professionals who are undertaking the procedure and “gain clear visualisation of the colon mucosa,” the company has stated.

At present, colorectal cancer is the third most common cancer for both men and women in the US, with 97,220 new colon cancer cases predicted to arise in 2018, besides over 43,000 cases of rectal cancer. The use of screening and new technologies, such as the Pure-Vu system, are helping to drastically reduce such figures.

“In clinical studies performed in Europe and Israel from 2012 through the second quarter of 2017, the Pure-Vu system and earlier prototype versions have demonstrated effective cleaning in over 175 patients that followed a significantly reduced preprocedural colonoscopy preparation regimen, as compared to current prep regimens,” the filing noted.

"I believe that the Pure-Vu System's ability to cleanse the colon during a colonoscopy will play a significant role in improving outcomes, reducing costs and enhancing experiences, which ultimately should help to reduce the risk of colorectal cancer and other GI disorders," added Gary Pruden, who has joined as part of the company’s Board of Directors.

With increased funding, the technology could further transform existing processes and enable the company to gain revenue to enable future development.