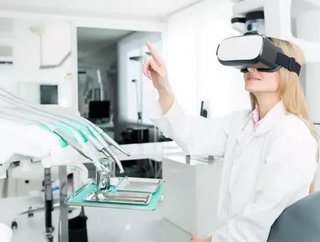 Forget the sensationalised ‘will robots takeover’ question, as technology is revolutionising the medical industry. Far from the world of I, Robot, t...

Forget the sensationalised ‘will robots takeover’ question, as technology is revolutionising the medical industry. Far from the world of I, Robot, technological advances and developments are helping to save lives. As the population increases, the number of health issues, subsequently rises.

More companies are turning to technology to increase the speed in assessing patients, providing more time to care for patients suffering terminal and chronic illnesses. In 2018, we are witnessing a sharp rise in medical technology - an industry estimated to be worth $467bn in 2020. The rise in AR and virtual reality apps have only served the change in the market, with many realising the revolutionary potential of technology. As our healthcare professionals become overburdened with complicated procedures and more patients, technology is beginning to save and improve lives.

Medtree, worldwide suppliers of medical equipment and first aid kits, are sharing their guide to the tech trends in healthcare.

Launched initially as a ‘game’, drones are being used to deliver medical supplies in countries with poor access to hospitals. Zipline are the pioneers of the world’s first national drone delivery network, aiding those with lack of roads and medicine. The network has already made over 1,000 drops of blood in life-or-death situations. The product was created for service in Rwanda, but they are now expanding to Tanzania, serving more than 1,000 clinics with the drones. Prior to this advancement, many health workers in poorer countries would have to dedicate a full day to moving and receiving medical supplies. However, one drone managed to complete a trip in just 10 minutes, which would have, originally, seen the nurse cycle in 10km of harsh and hostile conditions.

AR is expected to have 1bn users in 2020, and the market is rapidly growing. Medical surgery is just one of the sectors pushing for development with augmented reality, enabling healthcare professionals to gain a better understanding of the finer details of surgical procedures. Touch Surgery is just one of the companies tapping into the popularity, launching Go Surgery. This product provides step-by-step guides to performing procedures, as if in real time, without actually working on a patient. The surgical procedure is holographically projected onto a screen. Similarly, the Microsoft HoloLens AR glasses have been used to aid reconstructive surgery on patients with leg trauma, for example. The possibilities for practising the procedures have never been this ‘real’.

Moving on from AR, virtual reality games are dominating the industry. Pokémon Go demonstrated the power of VR in getting people to exercise while immersing themselves in another world - providing ideas for pain relief. AppliedVR, partnering with Cedars-Sini Medical Centre, produced Pain RelieVR - the first of its kind. Developed by medical professions and psychologists, the products attempt to take patients out of the hospital and to a virtual world, removing the need for certain opioids - which can, in some cases, lead to addiction. Their first product, Guided Relaxation, projects a peaceful scene for patients, teaching them to relax and learn mindfulness, improving how they deal with certain situations.

Designed by the team at Medtree with the help of other healthcare professionals, the Clinical Skills App is designed to improve the skillset of clinicians. There is a lack of tech support for clinicians and monitoring their improvements, but the app allows them to document the likes of airway interventions, wound management and drug administration. Individual features can be customised and will provide guides on subjects relating to your skills, eventually helping you to develop in the medical industry and build on opportunities.

In the UK, there are around 15,400 new cases of skin cancer recorded each year. However, Australia and New Zealand residents have been identified as most at risk of the disease. To combat the risk, the QIMR Berghofer Medical Research Institute has released an online ‘test’, designed to assess your risk of developing the disease in the next three and a half years, between the ages of 40 and 70. The highly accurate test, released in March 2018, was produced after following 45,000 skin cancer patients over a period of eight years.

The test follows on from the success of MelaFind, launched in 2011. This is a non-invasive device using light and non-infrared waves to analyse skin lesions, up to 2.5mm below the skin surface. This has proven to be the largest positive technological development of its kind and has produced more specific results than that of dermatologists, at a rate of 10.8% compared to 5.6% respectively.

Backing Calico - a company ‘focused on health, wellbeing and, in particular, the challenges of ageing and associated diseases’, Google is turning their efforts to hold off the ageing process. In 2015, the two companies became subsidiaries of Alphabet Inc, and have already developed P7C3. This experimental drug compound could be potentially used for Alzheimer’s and other neurodegenerative diseases. However, not all experiments and procedures have been released by Calico.

The 3D printing market is experiencing immense growth, set to rise further by a massive 17.5% between 2017 and 2025. A key driver behind the growth is the healthcare industry, with 3D printing already used for instrumentation, implants and external prostheses. However, tissues engineering is still relatively undiscovered, but certain startups are hoping to change and improve the procedures. For example, NIN Ventures are a startup looking to build on the advances of tissue engineering, recently taking on Dr Sunil Patel - a multi-organ transplant surgeon, to spearhead the team. Organovo has also already begun printing human tissues to replicate the function on native tissues to aid with research in the field.

Recent reports by P&S Market Research suggest the global personal robot market will reach $34.1bn in 2022. Pillo Health and Orbita are two companies that have identified this trend, merging together to create an in-home healthcare robot. Before you imagine scenes from I, Robot, the healthcare robot will not replace human interaction. However, it will combine AI and voice technology to remind you to take your tablets, for example. The companies are hoping to release the robot late 2018, with the hope of producing the robot commercially.

The above products are just some examples of how medical technology is changing healthcare. If there’s one thing we can guarantee, it’s that tech is saving lives.