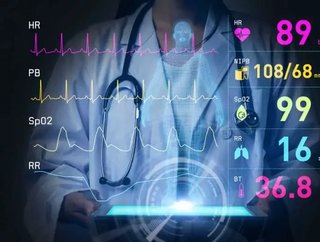 Technology giants have been increasingly moving towards the healthcare sector, and Microsoft is no exception. From providing medical solutions for dia...

Technology giants have been increasingly moving towards the healthcare sector, and Microsoft is no exception.

From providing medical solutions for diabetes suffers, to the launch of new health wearables, such as Fitbits and Apple Watches, tech companies have sought to partner with health experts to deliver products and services which cater to the needs of its target audiences.

Developed by Microsoft’s Research division, chief designers Christian Holz and Edward Wang have released a report detailing the advantages of the new product.

Named Glabella, the head mounted device will be embedded with sensors, which will be placed at arterial locations to effectively measurer a user’s pulse waves, providing increased accuracy in comparison with traditional digital tools. The device will also work as an activity tracker by capturing essential data.

Through a global trial, the paper has revealed that the prototype will effectively measure pulse transit time and systolic blood pressure, to deliver accurate blood pressure readings, but interestingly not diastolic pressure, which is normally required to detect any cardiac abnormalities.

Noting that the eyeglasses are heavier than traditional eyewear, Microsoft will aim to build a lighter prototype and explore ways to develop the technology further.

Microsoft has ramped up its investment in healthcare, and has also recently partnered with Case Western Reserve University (CWRU) to further improve patient care.