Natural Cycles raises $30B in Series B funding 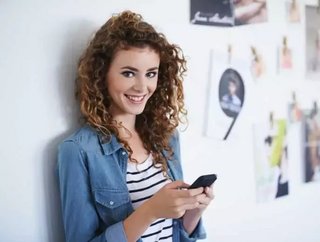 Established in Europe, start-up Natural Cycles has now raised up to $30bn in Series B funding for its digital fertility solution after its $6mn Series A...

Established in Europe, start-up Natural Cycles has now raised up to $30bn in Series B funding for its digital fertility solution after its $6mn Series A round.

Led by EQT Ventures fund, alongside Sunstone, E-ventures and Bonnier Growth Media, the innovative contraceptive method encompasses a mobile tracking app which functions off algorithms via information placed onto the phone by a female user. This will then help ascertain when users are most fertile, amongst the times they aren’t.

Gaining certification in the EU as a contraception back in February, the recent funding will see further research be undertaken to further the development of the app and see it work to gain approval in the US through the FDA, expanding into further markets.

Currently an annual subscription product, the app was developed by Swedish nuclear physicist Dr Elina Berglund, and has seen its user figures surpass half a million, highlighting a sizeable market.

Users have to record their body temperature each morning via a basal thermometer included with the subscription, which can then be used to measure a user’s hormone levels and subsequent fertility levels.

The company aim to further its expansion into the UK and US markets, and has seen significant growth in the UK market. Earlier in the year, its app was proved to be more effective than the traditional contraceptive pill, reported by Nordic Business Insider.

The company has now gained its first deal with Apoteket in Sweden, where the app will be sold within its stores. The deal will see the product further grow in popularity in the region and further showcase the technology to potential users.