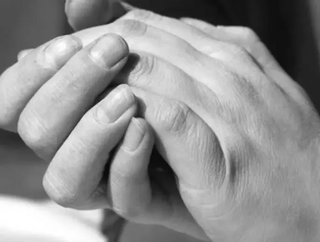 Scientists in Scotland, UK, are in the midst of creating a new type of technology which will translate sign language into text. The Portable Sign Langu...

Scientists in Scotland, UK, are in the midst of creating a new type of technology which will translate sign language into text.

The Portable Sign Language Translator (PSLT) is the first device of its kind in the world and uses the camera on smartphones and tablets to translate hand movements.

The group, from the University of Aberdeen, are hoping it will revolutionise the way deaf people communicate, particularly with those who do not understand sign language.

Although the technology will benefit all those that are deaf or hard of hearing, it is mainly hoped it will improve the employment opportunities for the younger generation of deaf people.

The PSLT translator works with a range of different sign languages, including British Sign Language (BSL) and Makaton.

People will be able to record what they are signing using a camera on a smartphone, tablet, netbook or laptop.

The PSLT software will then translate the signs into text which will display on the screen.

It was developed by a company called Technabling – a spinoff from the University of Aberdeen.

Commenting on the revolutionary device, the founder of Technabling, Dr Ernesto Compatangelo, said: “The user signs into a standard camera integrated into a laptop, netbook, smartphone or other portable device such as a tablet.

“Their signs are immediately translated into text which can be read by the person they are conversing with.

“The intent is to develop an application – an 'app' in smartphone terms – that is easily accessible and could be used on different devices.”

Compatangelo added: “One of the most innovative and exciting aspects of the technology is that it allows sign language users to actually develop their own signs for concepts and terms they need to have in their vocabulary, but they may not have been able to express easily when using BSL.

“The technology has the potential to transform the lives of all sign language users.”

According to the scientists, a PSLT product could be available in the latter half of 2013.