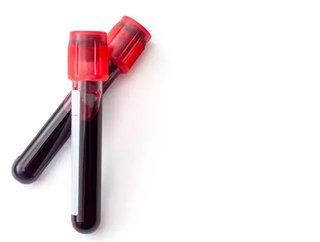 Silicon Valley healthcare firm Grail was founded in 2016 with the intention of developing a blood test to detect multiple cancer types early, at a stage...

Silicon Valley healthcare firm Grail was founded in 2016 with the intention of developing a blood test to detect multiple cancer types early, at a stage where treatment is far more possible.

Its approach has attracted significant financial backing. Over four funding rounds, the firm has raised a total of $2bn, with its largest Series B round raising $1.2bn in 2017.

Its most recent round was announced last week, a Series D worth $390mn attracting new investors the Public Sector Pension Investment Board and Canada Pension Plan Investment Board. The funds were said to support the development and commercialisation of Grail’s blood test.

“GRAIL is making significant progress with our blood-based, multi-cancer early detection test,” said Hans Bishop, Chief Executive Officer at GRAIL in the press release. “Nearly 80 percent of cancer deaths result from cancers for which there is no screening test today, and GRAIL’s mission is to change that through the early detection and localization of more than 50 cancers.

“Enabling this through a single blood draw could improve patient access and adherence to cancer screening and address disparities in cancer care by improving access for rural, vulnerable, and under-served populations. We are delighted that such a high-quality group of investors share our vision and recognize the public health benefits of our technology.”

Its early detection test has, the company says, been shown to detect “more than 50 cancer types with a very low false positive rate of less than one percent”, with the test also able to identify where in the body the cancer is located. The test is enabled through machine-learning, using a proprietary database of cancer signatures.

Grail’s claims have been scientifically validated in a publication in the Annals of Oncology scientific journal, with the company’s co-founder and Chief Scientific Officer saying: “This is a seminal moment in the field of cancer detection. We’ve built what we believe to be one of the largest clinical study programs ever conducted in genomic medicine, and the data published in Annals of Oncology further support GRAIL’s approach and commitment to clinical and scientific rigor.”