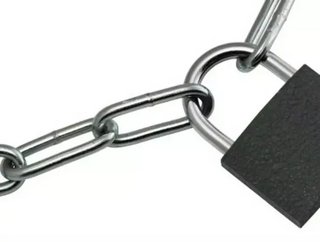 Written by Tina Samuels The bane of any company or organization is a thief. When people begin stealing in the workplace it is annoying, frustrating an...

The bane of any company or organization is a thief.

When people begin stealing in the workplace it is annoying, frustrating and at times it can be dangerous. No place is stealing more dangerous than in a hospital.

This danger can stem from someone stealing from patients who will be upset and report the facility or from the thief stealing medications. The thief or even someone they know could end up dead from ingesting dangerous drugs. Do you know what to do about such thieves?

So, is your hospital prepared and protected against such actions?

How do you catch a thief?

Video surveillance is the best way to catch people stealing. While you can't keep video cameras in patient rooms, you can keep them in the hallways.

If the same person is caught on video entering the rooms where items are missing, but the other people are different, it is a good bet you are on the trail of a thief.

This tactic is used in airports and government buildings; there's no reason that it cannot be used in a hospital.

If things are coming up missing you should distribute a form for employees to sign. The form should entail new regulations where security guards may inspect purses or backpacks in the event that there is a reasonable belief that an employee is stealing.

Before adding such a regulation check with your lawyer. There may be laws that do not allow you to perform such searches unless there is an officer present or a reasonable doubt concerning the person to be searched. Many localities to allow searches of bags or metal detection.

If you do find that an employee is stealing, the best course of action is to confront the staff member. If they refuse to leave the premises, return stolen items, or become violent - contact the authorities.

Stealing from an employer is as bad as any other crime of this nature, though many people seem to think that stealing from work is 'ok'. Hospitals care for the vulnerable and provide strong drugs - this is a dangerous mix.

Not only can the thief get in a lot of trouble for stealing from their employer, the patient stolen from (if a patient is involved) can press charges, and there may be drug-related charges if drugs are stolen. Even worse is when a thief is stealing drugs to sell on the street.

Strong regulations, severe consequences, and sticking to a plan can help weed out or deter any thieves in your hospital.

Keep security staff funded with the best technology and if possible have an actual police officer on premises in case someone is caught stealing red handed. Security officers can only do so much in certain situations, but a police officer can make an arrest.

In a day and age when crimes are more common due to a challenged economy, don’t let your hospital get caught with its guard down.