The US witnesses significant number of healthcare breaches in 2017 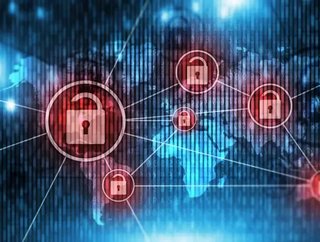 Up to two billion files containing the personal data of US citizens were leaked in 2017. An eyewatering 551 breaches affected organisations with over 1...

Up to two billion files containing the personal data of US citizens were leaked in 2017. An eyewatering 551 breaches affected organisations with over 1.9 billion files leaked, according to research Citrix ShareFile collected from the Privacy Rights Clearinghouse and the 2017 Cost of Data Breach Study by the Ponemon Institute, in partnership with IBM Security.

The most common type of breach in 2017 was hacking, causing 819 million files to be released, with unintended disclosure and physical loss found to be the second and third most common. These shocking figures do not include the many companies that have either not disclosed the number of files affected or did not have access to that information.

The most targeted and vulnerable industry was healthcare, which recorded 328 leaks (nearly 60% of all leaks in 2017) at an estimated cost of almost US$1.2 billion and put the personal information of both patients and health care companies in jeopardy.

Citrix ShareFile spoke to experts who explained that healthcare was targeted due to personal data such as social security numbers and payment information being more high value information for cyber criminals.

Suffering the largest breach in the healthcare industry was the Commonwealth Health Organization, where 697,800 records were reported compromised. Of the 328 leaks, 46% came through hacking or malware, 33% were a result of unintended disclosure, 18% came from physical loss and a combined 4% came from insider leaks and portable devices.

How were other sectors affected?

While healthcare recorded the most breaches, many other industries were also greatly affected by cybercrime, including the following top three:

Experts that Citrix ShareFile worked with commented that 2017 had an unprecedented and far more severe impact than previous years. Charlie Porter, an agent at Farmers Insurance, explained that the last year has been “the worst in history for large-scale data breaches,” adding that the “effects of the incidents could take years or decades to deal with.”

Although the cybersecurity industry is now one of the top in the world, the public’s personal data is still at risk. Pieter VanIperen from Code Defenders commented on the tough challenge facing companies in 2017 and beyond, explaining that “a hacker has to be right once; a cybersecurity team has to be right every single time.”

Summarising the state of cybersecurity, Paul Moreno, a cybersecurity expert and Bugcrowd advisor, said, “this will forever be a game of Spy vs. Spy,” as for every vulnerability or attack vector closed, another one opens.

Allyson Kuegel, customer security assurance analyst at Citrix, said of the findings, “these figures show that despite organisations and individuals being more vigilant, businesses are facing more challenges than ever before as individuals exploit any possible vulnerability they can.

“In the technological era, people are more willing than ever to supply data, whether it is on personal social media accounts or through transactions they make. It is not just online where companies face potential problems, but also in ensuring their own organisations invest in the latest software and have effective internal protocols.

“The battle against cybercrime and data breaches will continue for a long time as hackers look to keep one step ahead of the latest security services.”