A way to increase the R&D in drug companies 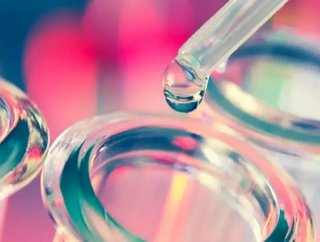 Written by Alyssa Clark It is no secret that the journey from an idea to a full-blown, FDA approved drug is an expensive and lengthy process. For phar...

It is no secret that the journey from an idea to a full-blown, FDA approved drug is an expensive and lengthy process. For pharmaceutical startups, this feat seems nearly impossible and cannot be completed without tons of federal research grants or a partner to funnel the money for development. On average, this process can take anywhere upwards of 15 years and costs close to a billion dollars, just to get it off the ground and running. With these kinds of odds and the heavy investments necessary for take-off, it’s no wonder why pharmaceutical companies everywhere are constantly looking for new ways of cost-effective R&D.

Recently, companies have been trying to combat this problem by forming packs with larger organizations like the NIH. In a five-year collaboration, the NIH and ten drug companies entered into a formal collaboration called the Accelerating Medicines Partnership. The NIH and these ten companies committed to sharing scientists, blood and tissue samples and data in order to better understand the disease process of Alzheimer’s, rheumatoid arthritis, Type 2 diabetes and lupus. The reasoning behind gaining access to this now shared information, is in hopes of assessing better drug targets and that this will lead to new experimental drugs with a higher chance for a success rate.

Partnerships, like the one with the NIH, show great initiative and will hopefully lead to future collaborations for drug companies around the world. However, a downside to this idea is that it only helps early on in the process, with ideal target and selection. This means that the company still needs to be able to find and identify an appropriate compound that produces successful results and does so safely at that. Long-term, the knowledge gained by and shared by the AMP will benefit all parties, but it will only impact R&D efforts in its earliest stages. This calls for more improvements to be made along the rest of the process, and to not settle for an easy-fix for the drug companies.

The next arena that is being called into questions by pharma R&D analysts, is that of the clinical trial process. Forbes magazine pulled an example of how to improve the clinical trial steps of the process, from an article in Nature Biotechnology. John LaMattina from Forbes writes, “Entitled ‘Clinical development success rates for investigational drugs’, the authors have provided a comprehensive study of clinical success rates across the drug industry. They have analyzed 2003 – 2011 data from 835 companies including large pharma/biotech, small to mid-sized pharma/biotech, and emerging biotech. Their data set includes 4,451 drugs with 7,372 independent clinical development paths (the larger number of the latter is due to companies exploring a single compound for multiple indications such as for different types of cancer). They have analyzed the data in many ways, including survival rates by therapeutic area, by molecule type (small versus biologicals) and by lead or non-lead indication. For a drug R&D aficionado, the data are fascinating.”

By improving the initial stages of R&D with partnerships with organizations like the NIH and with investing time and effort into the clinical trial stage of data, big pharma companies can begin to see an improvement in their R&D process, as well as pay-offs from restructuring this sometimes ineffective process. Even if it means cutting a year or two out of the 15-20 year process, those years could be well-spent earning back the companies’ initial investments, instead of continuing to prolong the experimental and nonearning period of R&D.