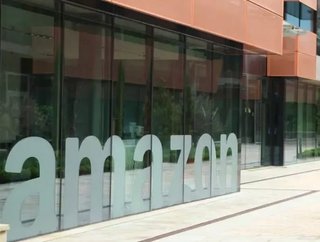 It has been announced that Amazon has recently appointed healthcare magnate Taha Kass-Hout to its healthcare team, reportedly named 1492. With extensiv...

It has been announced that Amazon has recently appointed healthcare magnate Taha Kass-Hout to its healthcare team, reportedly named 1492.

With extensive experience across the healthcare sector, Kass-Hout is set to work alongside Babak Parviz to further Amazon’s various projects in this space.

Working as Senior Vice President and Chief Digital Health and Intelligence Officer at Trinity Health up to May last year, Kass-Hout was responsible for setting the vision, strategic direction and overall oversight of data, analytics and digital health initiatives, according to LinkedIn.

Amazon is slowly moving into the healthcare sector, with the launch of its Alexa assistant, which is now harnessed within a number of healthcare initiatives. Additionally, the company’s recent partnership with J.P. Morgan and Berkshire Hathaway highlights the e-commerce giant’s increased interest in healthcare, yet is keeping its own internal operations under wraps.

Nonetheless, the company will face a number of complex hurtles surrounding ongoing regulations, particularly with the security of healthcare data and the need for increased data sharing across a number of healthcare platforms.

Kass-Hout’s work as a Harvard-trained physician and role as Director of Health Informatics Solutions and Operations will become advantageous as Amazon looks to navigate such issues whilst implementating new digital tools. The company is reportedly entering the pharmaceutical distribution sector, and aims to lower healthcare costs for US citizens.