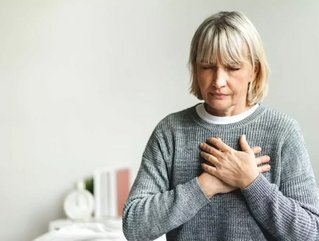 A survey on Infermedica’s AI platform reveals decreasing mental wellbeing and an increasing number of heart attacks worldwide during the pandemic...

Infermedica, the AI-based platform focusing on primary care, has launched its new report ‘What can we learn about people using symptom checkers?’ aiming to help providers get ahead of emerging healthcare trends.

Analysing anonymised data from 1.8m interviews (check-ups) performed globally between June 2019 and November 2020, the AI-driven Symptomate platform has confirmed, in line with research, a significant rise in certain psychiatric disorders during the Covid pandemic, and also identified a 17% rise in cardiovascular disorders (CVD).

Using a mobile or desktop app, patients provide a list of symptoms which are then analysed by Infermedica’s AI-driven platform, possessing a database of more than 1,270 symptoms and 680 conditions, to produce a list of the most probable causes.

Lack of exercise, poor diet, increased stress, and lack of access to face-to-face healthcare are recognised as contributing factors in the 9.5% rise of major depressive disorders, and a 148% jump in suggestions of anxiety disorder with panic attacks. But these same factors also contributed to the rise in heart attacks, reinforcing – as Magdalena Wadas, a psychiatrist at Infermedica comments says – ‘the links between mental and physical health’.

Infermedica's analysis also found that technology can play a vital role in the diagnosis of mental health conditions, particularly for men, for whom picking up the phone and asking for help remains the biggest barrier. Unintrusive technology that can enable a doctor to provide actionable advice after just pressing a few buttons reduces the need for the initial questioning that many can find daunting.

A reluctance to seek treatment is also an added risk factor in the rise in heart attacks. A report from the New England Journal of Medicine has revealed that hospital admission for CVD had actually dropped during the pandemic by up to 48%. Additionally 13% of adults surveyed stated that they would be reticent to call emergency services in the event of CVD for fear of being “embarrassed if an ambulance showed up and they weren’t actually suffering from a heart attack.”

Meanwhile 25% would rather stay at home than risk contracting Covid in a hospital. Infermedica hope to lower these rates through Symptomate’s ability to connect the dots between common symptoms patients may not associate with serious underlying conditions.

For example, a pattern of unusual fatigue, difficulty sleeping, and shortness of breath may be a more likely indicator of CVD among women than chest pains stereotypically associated with heart attacks, which are reported by only 29.7% of female users.

Jakub Chwiećko, a physician at Infermedica comments: “When patients have access to technology that can quickly determine how critical their situation is, they can then act knowing that they do in fact require urgent attention, and this should surpass other anxieties.”