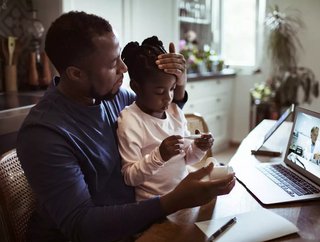 We chart Zoom's rise and entrance into the healthcare market

Since the pandemic began Zoom has become an integral part of daily life for people working from home, as well as a vital tool for families and friends to communicate. However it's also been eyeing up the healthcare space since 2017, and following the boom in telehealth the company has been rolling out additional services. Here we chart Zoom's move into healthcare.

Zoom is founded in San Jose, California, by Eric Yuan, formerly of Cisco. He got the idea to create a video calling platform from his visits to his girlfriend while he was a student, which would take 10 hours by train.

Zoom attracts investors, including Sequoia Capital, Emergence and Horizon Ventures. By January 2017, Zoom has a series D funding worth $100 million.

Zoom for Telehealth launches, including an integration with EHR system Epic. It has cloud-based video, audio, and content sharing features, a "waiting room" for patients, and can easily be integrated into healthcare provider's workflows.

As a result of the pandemic, Zoom gains 2.2 million new users, more than in the whole of 2019. On the 23rd of March alone - the day the UK lockdown was announced - the platform was downloaded 2.13 million times around the world.

Share prices rise to around $150, and founder and chief executive Eric Yuan becomes one of the world's richest people, with an estimated net worth of $7.9 billion.

Early security issues are addressed by encrypting data with the Advanced Encryption Standard (AES). By now the the platform allows 99 people to be on a call simultaneously
New features launch, including Zoom Home and Zoom for Chats. Throughout the year the platform is used to replace most kinds of real life events: work meetings, online classrooms, church services and social events.

Renamed Zoom for Healthcare, users can share secured video, audio, and content through desktops, mobile phones, and conference devices. As well as Epic, it can be integrated with Strmr, IntakeQ, and Practice Better.

It can also be used with diagnostic cameras and other point-of-care devices, including digital stethoscopes.

In an interview with Korea Biomedical Review, Zoom Global Healthcare Lead Ron Emerson said: "Our service is not simply a virtual care and telemedicine platform but a multi-purpose platform that can satisfy the needs of healthcare institutions."