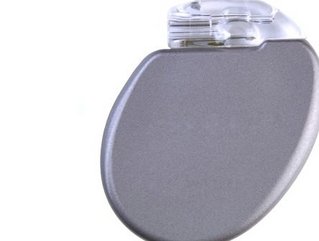 1. X-rays X-ray technology has earned the number one spot in this top 10 list, having transformed the understanding of th...

X-ray technology has earned the number one spot in this top 10 list, having transformed the understanding of the body and healthcare administration. The first X-ray image was generated in 1895 by Wilhelm Conrad Röntgen and was of his hand. The first use of X-rays in a medical setting came less than a month after Röntgen published a paper on their ability to produce images of the internal structure of the body.

The short wave lengths that X-rays have enable them to penetrate thick matter and the black, white and grey 2D images they produce are the result of varying rates of absorption of different tissues.  One of the main advances that has come as a result of X-ray technology is the CAT-scan. Using X-rays to produce 3D images of the body, the CAT scan has transformed diagnoses, enabling doctors to see not just the location, but the size and depth of tumours.

French stethoscope inventor René Laennec came up with the idea in 1816. His initial interpretation consisted of a wooden tube, with a wide and narrow end and was similar to hearing aids of that time. Later developments of stethoscopes saw the addition of flexible tubes, double ear pieces and improved acoustics. Stethoscopes are today one of the most important tools for doctors.

Despite early forms of intravenous injections dating back to 1670, hypodermic syringes were the first to utilise needles that were fine enough to pierce the skin. Their invention in 1853 revolutionised mass healthcare administration and was quickly followed by the introduction of glass syringes in 1866 and the more recent invention of disposable plastic syringes in 1956.

MRI technology provides an alternative method of looking into the body without having to use potentially harmful X-rays or resorting to surgery. It was not until the late 1980s that MRI was introduced to the healthcare sector but popularity came quickly; 2002 witnessed the performance of over 60 million MRI exams and the global use of 22 million MRI cameras.

Radiation or radiotherapy is used across the world as a method of treating and managing cancer. Nobel-prize winning scientist Marie Curie is one of the main personalities behind its development in the 1900s. Advances in radiation therapy can be attributed to the development of technologies such as MRI, giving oncologists clearer images to better target and treat cancerous cells.

Santorio Santorio is credited with inventing the original, albeit inaccurate clinical thermometer in 1612. It was not until 1867 that Sir Thomas Allbutt came up with the first practical and precise medical thermometer, at six inches long it was portable and able to record temperatures within five minutes. Today thermometers can be found in homes, surgeries and hospitals across the world.

The discovery and development of Ultrasound came in the mid-1900s; the first paper on medical ultrasonics was published in 1942 which was soon followed by the advance of ultrasound technology and the identification of specific applications and uses. Using sound waves to form pictures, ultrasound is now commonly used across the world in pregnancy scans and condition diagnosis.

Band aids, or plasters, were invented in 1920 by Johnson & Johnson employee Earle Dickinson. His wife found it difficult to use the separate gauze and bandage dressings when she cut her fingers, so Earle attached some gauze to adhesive tape and kept it sterile by adding crinoline. His boss manufactured his invention, made him Vice-President of the company and band aids revolutionised home healthcare.

The world’s first baby conceived as a result of IVF was born in 1978, just a few years after the first unsuccessful IVF pregnancy. After a fairly rapid succession of IVF births during the late 1970s, further advances, including the utilisation of the hCG hormone, saw IVF grow from a research project to a functional clinical fertility treatment.

In 1950, Canadian John Hopps developed the world’s first pacemaker, although being powered through AC wall sockets it came hand-in-hand with an electrocution risk and many attempts to utilise a rechargeable battery as a power source were made without success. The first wearable and implantable pacemakers were eventually developed in 1958 and the first clinical pacemaker implantation also took place.