TOP 10: Countries Investing the Most on Health Care 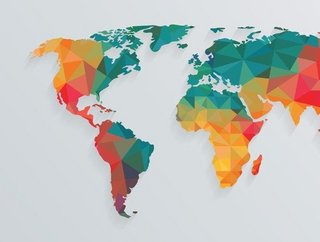 Health care spending has begun to rise globally as more focus is being placed on better health care. We compiled the top 10 countries investing the most on health care by comparing their health expenditure per capita.

Belgium spent $3,560 on health per capita in 2012, versus the OECD average of $2,867. On pharmaceuticals, Belgium spent $593 per capita in 2012, trailing just behind Canada and the United States among OECD countries. But despite the higher health expenditure, health outcomes weren’t the greatest. Life expectancy was 80.5 years, just slightly above the OECD average of 80.2 years.

Luxembourg only spent 7.1 percent of its GDP on healthcare, less than almost all other OECD countries. Its residents were quite wealthy, earning an average of $52,000 annually as of 2011, second only to United States residents.

Health spending accounted for 10.9 percent of GDP in Canada, only one and a half percentage point higher than the OECD average of 9.3 percent. Canada experienced a substantial expansion of its medical workforce since 2000, driven by the increase of graduates from Canadian universities. While a growing number of doctors will improve access to healthcare, it may put pressure on future healthcare budgets as more graduates enter the workforce.

In Denmark, 86 percent of all health spending was funded by public sources in 2012, the highest share among all OECD countries. The life expectancy in Denmark, however, still remains significantly lower than most Western European countries and other Nordic countries at 80.1 years. Obesity rates among adults have also increased which foreshadows increases in the occurrence of health problems and higher health care costs in the future.

In 2011, Germany introduced a new law that raised compulsory rebates for manufacturers and froze prices until 2013. This has led to a decrease in pharmaceutical spending in the country. Their current expenditure lies at 0.7 percent of GDP, significantly lower than the OECD average of 1.4 percent. Along with other countries, Germany’s smoking rates among adults have decreased to 22 percent, closer to the OECD average of 20.7 percent.

The growth rate in health spending in Austria slowed down after following their economic crisis but it has since begun to increase. In 2012, their health spending average grew by three percent in real terms. Alcohol consumption is still higher than that in nearly all other OECD countries with a consumption rate of 12.2 liters per adult, compared to the average of 9.0 liters. Obesity rates have also gone up from 9.1 percent in 1999 to 12.4 percent in 2006 (latest year of information available).

Health spending in the Netherlands has continued to grow despite the economic crisis, averaging an annual real term growth rate of over three percent between 2006 and 2012, according to reports from the OECD. In 2012, life expectancy at birth stood at 81.2 years, one year higher than the OECD average of 80.2.

Switzerland introduced a series of measures to contain pharmaceutical spending growth in 2010 and 2011, which put downward pressure on prices. In 2012, however, it rose by over three percent. Switzerland also had the third highest life expectancy among OECD countries at 82.8 years. Only Japan and Iceland enjoyed a higher life expectancy at 83.2 and 83.0 years, respectively.

Total health spending accounted for 9.3 percent of GDP in Norway in 2012, equal to the average across all OECD countries. While health spending growth slowed down following the economic crisis, it picked up again in 2011 and Norway recorded annual increases of three to five percent since. Life expectancy stood at 81.5 years, more than a year higher than the OECD average and the obesity rate remains among the lowest.

According to the Organization for Economic Co-operation and Development (OECD), the U.S. currently spends more on healthcare than any other developed country. Its health outcomes, however, are among the worst. The U.S. spent $8,745 per person on healthcare in 2012 and dedicated roughly 17 percent of its GDP to the industry. The U.S. has also made significant progress in reducing the proportion of adults who smoke tobacco, coming down from 19 percent in 2000 to 14 percent in 2012 – the lowest rate after Mexico, Sweden and Iceland. Obesity rates however have been on the rise to reach 35.3 percent in 2012, the highest rate among OECD countries. While most OECD countries were funded disproportionately by public sources, healthcare spending in the U.S. was divided evenly between public and private sources. Despite spending the most, however, the U.S. had one of the lowest life expectancies, resting at 78.7 years. The slower progress in life expectancy is due to gaps in health insurance coverage and proper primary care, poorer health-related behaviors and poor living conditions for a significant proportion of the U.S. population.

This data has been compiled based on figures for the 34 developed countries that are members of the Organization for Economic Co-operation and Development (OECD) from its 2014 Health Statistics Report; data from the OECD is from 2012.