Top 10 healthcare companies in the U.S. based on revenue 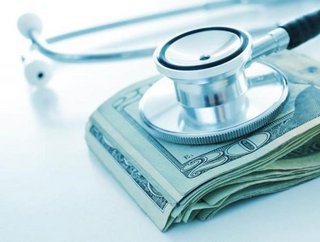 The past couple years have been exceptionally busy ones in the healthcare industry, as companies have been adapting to regulations of the Affordable...

The past couple years have been exceptionally busy ones in the healthcare industry, as companies have been adapting to regulations of the Affordable Care Act (ACA) as well as seeking new merger and acquisition targets in the pharmaceutical and biotech sectors.

All 10 of the companies in this list are in Fortune’s top 50, which reveal the dominance of healthcare in the U.S. economy.

RELATED TOPIC: Walgreens has purchased Rite Aid; but will it change the healthcare industry?

Below is the list of the top 10 largest healthcare companies in the U.S. based on revenue:

The Hartford, Conn.-based health insurance company took an unexpected rise early this year when it increased its minimum wage to $16 an hour. Although the industry has been affected in both good and bad ways by the ACA, Aetna has seen an increase in employees and worker production.

Previously known as Wellpoint, Anthem is still overcoming a data security breach in February, as the Indianapolis-based company had its database hacked. However, the second-largest health insurer in the U.S. has a growing member base along with a falling price for customers.

With a total of 24 brands that bring in over $1 billion in sales, most of this is attributed to the company’s pharmaceutical division, which is one of the fastest growing in the U.S., Europe and Japan.

RELATED TOPIC: Anthem to become largest US health insurer after $54B Cigna acquisition

With stores in over 25 countries, this is the largest retail pharmacy company in the U.S. and Europe. The merger between Walgreens and UK-based Alliance Boots made it the first global, pharmacy-led health and wellbeing enterprise in the world.

The drug wholesaler purchased Johnson & Johnson’s Cordis heart-product business for $1.94 billion back in March, allowing Cardinal to add even more products to its inventory.

A full-service manager of pharmacy benefits, Express Scripts helped lead the sector’s new trend of consolidation after purchasing Medco Health Solutions in 2012. That deal has since doubled the company’s revenues and made it the top pharmacy benefits manager.

RELATED TOPIC: The rise of pharma sales and the impact on patient care

One of the world’s largest global pharmaceutical distribution and sourcing services companies, AmerisourceBergen’s partnership with Walgreens Boots Alliance provided a hefty boost in revenue with even more gains expected in the future.

Serving over 85 million patients across the globe with health benefits and services, the largest health insurer in the U.S. has also invested heavily in its health services arm Optum, which includes health data analytics as well as a pharmacy benefits manager (PBM).

The largest pharmaceutical distributor in the U.S., McKesson has been on the rise behind its increased sales in wholesale drug distribution segment, as well as taking a larger stake in Celesio. The San Francisco-based company finally acquired Celesio in full at the beginning of 2014, and now focuses on developing, implementing and supporting software within the medical community.

After already owning the top spot as the nation’s leading prescription drug retailer and the second-largest pharmacy benefits manager, CVS Health is expanding in an attempt to become a fully-integrated provider of health services. This year, the company purchased Target’s 1,600 pharmacies as well as drug delivery company Omnicare. Following these deals, CVS Health has been in the process of transitioning into a full-service health management company.