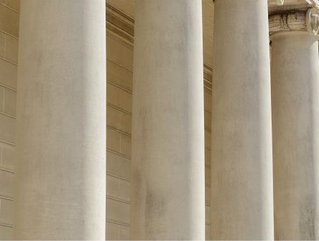 It goes without saying that Harvard is on of the most prestigious brands to reckon with, and in terms of research, it is the most trusted institution. The Academic Ranking Of World Universities, an annual ranking of the world's universities published from Shanghai Jiao Tong University in China, recently named Harvard as the top medical school in the world. The school has a large and distinguished faculty to support its missions of education, research, and clinical care. Harvard also has a distinguished list of teaching affiliates, and its alumni include some of the most respected names in medicine. Its MD-PhD program allows a student to receive an M.D. from HMS and a Ph.D. from either Harvard or the Massachusetts Institute of Technology under its famous Medical Scientist Training Program. The MD programme offers two tracks - the New Pathway, that emphasizes problem-based learning, while the Harvard-MIT Division of Health Sciences and Technology focuses on research.

John Hopkins School of Medicines consistently ranks among the top medical schools in the world. It gets the maximum number of competitive research grants awarded by the National Institutes of Health, and from 1991-2001, the John Hopkins hospital has been named the best in the country by US News and World Report.

The University of California, San Francisco is one of the best names in primary care. UCLA is well known for research in AIDS, family medicine and drug and alcohol abuse. The UCLA medical centre ranks among the top medical specialty areas, and is named one of the best hospitals in the country.

The US News and World Report ranks it as the best place to study primary care, and is one of the premier institutes to study rural care. One of the original Ivy League Universities, it is a prominent name in cancer research.

One of the oldest medical schools in the country, Stanford University School of Medicine is synonymous with innovation, and is a premier institute for biomedical research. Students also manage two free clinics, and the school lays emphasis on serving the underserved sections of the society.

Counted not only among the best research and primary care institutes, it is known for internal medicine, women’s health and geriatrics. The vast University of Michigan Health System provides immense opportunities for learning and practical experience.

The first university in the US to grant an MD degree, and is one of the most selective institutes in the world. The academic medical centre has four schools - each ranking within the top five in its area. The college for physicians and surgeons is currently ranked 5th amongst medical schools in the world by the Academic Ranking of World Universities.

No list is complete without considering the institution that awards the Nobel Prize. It is one of Sweden's largest centres for training and research, and according to the 2011 Academic Ranking of World Universities, Karolinska Institute is ranked 9th in the world in the field of clinical medicine and pharmacology and among the first 20 universities in life sciences.

It counts among the top three institutes for medical research in the US, and students can learn and seize the opportunities that the Duke University Health System offers. It consistently ranks among the top 10 medical schools and hospitals.