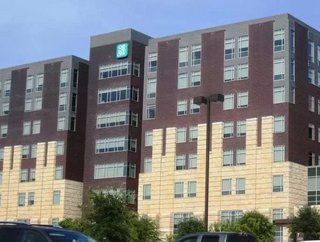 It has been revealed that Dallas-based Baylor Scott &amp; White Health and Houston-based Memorial Hermann Health System have signed a letter of intent t...

It has been revealed that Dallas-based Baylor Scott & White Health and Houston-based Memorial Hermann Health System have signed a letter of intent to merge into a combined system to further strengthen communities, advance the health of Texans and transform the delivery of healthcare as it aims to consolidate its position in the market.

As two of the most comprehensive not-for-profit health systems in Texas, Baylor Scott & White Health and Memorial Hermann, both founded as faith-based organisations, share similar missions, values and visions for the future. It will also become a national model for integrated, consumer-centric, cost-effective care.

“We must lead the change in our industry, while insisting we continue to fulfil our unwavering commitments to meeting the needs of all Texans,” added Jim Hinton, CEO, Baylor Scott & White Health

The health systems, both nationally recognised and dedicated to improving access and continuity of care, serve as vibrant, economic engines in more than 30 Texas counties, employing more than 73,000 across the state. Both have strong ties to the academic medical community and together will be positioned to expand those affiliations to advance medical training and research programmes, while continuing to attract and retain the very best talent.

“Together, we believe we will be able to accelerate our commitments to make care more consumer centric; grow our capabilities to manage the health of populations; and bend the unsustainable healthcare cost curve in the state,” stated Chuck Stokes, President and CEO, Memorial Hermann.

“We have a unique opportunity to reinvent healthcare and make a profound difference in the lives of millions of Texans.”

“This proposed combination starts the next chapter in the legacies of service and innovation for both systems. It will not only make a positive difference in the lives of millions here, it will become a national model,” commented Ross McKnight, chair of the Baylor Scott & White Holdings Board of Trustees.

Together, the two systems include 68 hospital campuses, more than 1,100 care delivery sites, nearly 14,000 employees, independent and academic physicians and two health plans; and they currently record nearly 10mn patient encounters annually. The companies also accumulated over $13bn in revenue and more than $360mn in operating income combined in the fiscal year ended June 30, according to Healthcare Dive.

"Expectations are that the increased scale will improve operating efficiencies, and provide better care and range of services for patients and the communities," explained Colliers International Senior Vice President Beth Young.

"Providers are feeling financial pressure from the evolving insurance market and the way hospitals are reimbursed. There may be significant advantages of size when the systems are in discussions

"The cost of health care is the No. 1 issue in America, whether it's in Washington, D.C., or in Austin, Texas, or in the benefits office of an employer here in Houston. Taking cost out of the system will be an important part of this journey as we come together," added Hinton.