CVS acquires Aetna Inc for $69bn, with the drive to transform the US healthcare sector 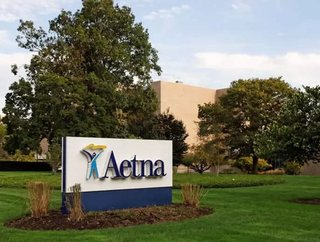 After two weeks of reporting, it has finally been announced that CVS Health Corp is set to acquire Aetna Inc for a staggering $69bn. The deal will see t...

After two weeks of reporting, it has finally been announced that CVS Health Corp is set to acquire Aetna Inc for a staggering $69bn. The deal will see the merging of the pharmaceutical giant with Aetna’s insurance services, and enable CVS to develop it service offering through a centralised service.

The deal highlights the continued transition within healthcare, where it is moving towards an increasing patient-centric model, where patients are demanding for more personalised, tailored care, which is both high value and cost effective.

The move will also see the two companies enter new markets and develop new areas for growth and innovation, whilst fighting off upcoming competition from tech giants such as Apple, Facebook and e-commerce giant Amazon, and accumulate over $700mn in operating cost savings.

Aetna’s chief executive Mark Bertolini has stated that the deal is “the next step in our journey, positioning the combined company to dramatically further empower consumers.”

“We think of it as creating a new front door to health care in America,” said CVS Health’s Chief Executive, Larry J. Merlo in an interview with CNBC.

Announced on Sunday, the deal will see the transformation of CVS’ 10,000 pharmacy and walk-in clinics, which will become community-based areas of care, driving down costs for patients and placing them into one central hub, the New York Times has reported.

Nonetheless, the political climate for US healthcare remains uncertain: Medicare is set to be overhauled, alongside President Trump’s dismantling of Obamacare and the Affordable Care Act, creating increased concerns surrounding inflating healthcare and prescription costs surrounding the development of new drugs. It is thought, however, that the deal will also lower current drug prices.

"This combination brings together the expertise of two great companies to remake the consumer health care experience," CVS President and CEO Larry Merlo said in a statement to CNBC.

"With the analytics of Aetna and CVS Health's human touch, we will create a health care platform built around individuals."

Nonetheless, the merger requires the approval of antitrust regulators and shareholders, which remains to be seen.