Network fundamental to delivering joined up health and social care 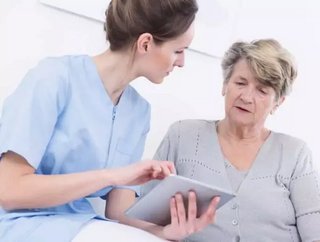 Integration of health and social care has been the goal of many successive governments.The rationale for delivering more joined up care has been widely...

Integration of health and social care has been the goal of many successive governments. The rationale for delivering more joined up care has been widely accepted – service improvement, a holistic approach, better use of resources and meeting the needs of a changing demographic.

We’re now seeing the wheels in motion, with a commitment that all health and social care provision should be integrated by 2020. This is supported by initiatives such as Paperless 2020, NHS England’s Five Year Forward View and the Sustainability and Transformation Plans (STPs), launched in 2016 and covering 44 footprint areas across the whole of England.

Today Integrated Care Systems (ICSs), currently up and running in 10 areas of England, are bringing together NHS organisations with local councils and other stakeholders to take collective responsibility for improving the health of the local population. We’ve seen that when organisations work together in this way they provide better and more joined-up care for patients.

With a drive to more person-centric care, a collaborative approach means better understanding and use of data held about an individual, allowing the various stakeholders to provide care that is tailored to their specific needs. By working alongside and drawing on the expertise of the various stakeholders – both public and private sector – it is hoped that people will live healthier lives for longer.

But how important is the role of technology and having the right network in place in delivering these joined up services? It’s fundamental. While certainly not the end solution, it is the foundation on which more joined up services will be built.

Having the right network in place to effectively share data across various organisations underpins the success of better integrated services. One of the greatest commitments to this to date was the introduction of the Health and Social Care Network (HSCN), the replacement for the N3 national healthcare network.

HSCN is the new network connecting health and social care organisations, and in many cases a wider ecosystem of public service providers, allowing organisations to access and share information more reliably, flexibly and efficiently. On a basic level, HSCN means health and social care providers will benefit from greater bandwidth at a lower cost, with improved data security and compliance, as well as greater freedom of choice when it comes to selecting suppliers and technology. But above and beyond that, HSCN serves as the back bone for delivering more integrated services.

Crucially, HSCN has driven new regional procurement models, i.e. the creation of brand new buying groups that bring together different organisations, many of whom are working together for the first time. We’re seeing health and social care organisations, and even wider public services providers, collaborate to buy connectivity in a way that they haven’t done in past.

For a large part, this collaboration is about achieving collective buying power, i.e. delivering cost benefits through economies of scale in the tender process. But, more than that, many procurement groups are looking at HSCN and thinking more strategically about who needs to be part of an interconnected and meshed network today, and going forward, in order to deliver more integrated services and ultimately better patient care.

For example, as part of HSCN procurement, Birmingham and South Tees set out a desire to not only connect hospitals and health centres but schools and children’s centres. We’ve seen some huge regional collaborations for network procurement, e.g. Yorkshire and Humber with 3000 connections, including local authorities, emergency services, transport and health organisations. Similarly, other large procurement groups were formed in London and the south west and bring together a wide range of service providers.

Interestingly, there are also collaborations between regions that aren’t geographically connected, e.g. the North of England Commissioning Support (NECS) led procurement which includes organisations in the north east (Durham and Tyneside) buying connectivity jointly with organisations in Derbyshire.

This highlights the potential scale and significance of HSCN in driving the future interconnectivity of public services beyond health and social care organisations. Indeed, some argue that HSCN could even come to replace the Public Services Network (PSN). Interestingly, we’ve also seen that it’s a fairly mixed bag in terms of who’s leading these procurements, with many collaborations rebranded as a buying group, e.g. Yorkshire and Humber PSN and Lancashire PSN, which brings together a mix of regional organisations, including healthcare, ambulance and fire services.

Interconnectivity more than a technology challenge

As HSCN demonstrates, interconnectivity is more than just technology; it’s about organisational change. In coming together to look at connectivity and networking, these previously disparate organisations have had to come to an agreement about what they need to support future ways of working together. This has to happen before any tender can be written, services selected or purchases made.

Getting organisations to agree on what solutions will actually look like can be the biggest challenge. The technology solutions to support integration already exist and, with advances towards interoperability addressing concerns about the isolation of locally implemented solutions, it seems the challenge is less about technology and more about organisation and structure; it’s about people, behaviour and a cultural shift.

Even in the everyday occurrence of a vulnerable patient moving between different care settings - for example between a hospital and a care home - with each setting delivered by a different agency and likely funded from a different source, there are significant challenges to ensuring a smooth and efficient process. Deciding to what extent a patients’ data is shared between different agencies, agreeing granular permission levels within agencies, ensuring that handovers and funding triggers are agreed and synchronised, ensuring all relevant parties are informed and a host of other steps that need careful multi-agency coordination is really where the hardest challenges are.

Innovation and adoption of new services

HSCN opens up an outside world that was not previously open to those on the N3 network. Health and social care organisations, and the wider ecosystem, can now benefit from access to a full range of HSCN compliant network connectivity and cloud services from one supplier, effectively a one stop shop. This simplifies the supplier and procurement environment.

With assurance that HSCN obligations and standards have been met, this will likely drive greater adoption of cloud services in a sector that has been behind the curve. We can expect to see cloud services become an increasingly important feature in delivering more joined-up health and social care, enabling distinct organisations to operate together in a seamless way.

With HSCN procurement there is an opportunity to reassess how organisations collaborate and with whom, incorporating even more diverse agencies and geographical areas. The old N3 network simply wasn’t as inclusive and all-encompassing as HSCN. In this sense, HSCN has provided organisations with the opportunity to look at the way they work – structurally and culturally – and their networks from ‘ground zero’; stakeholders can look at who they want and need to collaborate with in the modern world and actually begin to make that happen today.