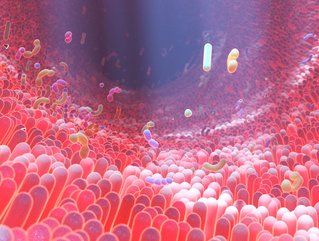 Imran Haq, Strategic Theme Lead at Pistoia Alliance, explains why it’s time for drug discovery to listen to the gut and make the microbiome matter

While there has long been investigation into the cause of differing drug responses, one contributing factor is finally being acknowledged – the microbiome. A bustling community made up of trillions of bacteria, archaea, viruses and fungi, the microbiome resides throughout the body, making up 99% of our genetic composition. Scientific interest in the microbiome is growing, with more than US$1.7bn being spent on microbiome research in just over the past decade alone. Once we recognise the role of the microbiome, and put in place an effective framework for data surrounding it, we have the potential to transform drug discovery and development.

Why the microbiome matters

The emphasis in drug discovery has long been on human genomes, yet, the genome makes up only 1% of our genetic composition. An individual has 23,000 human genes, and of these, 30 protein families are involved in drug metabolism. These numbers are dwarfed by the microbiome. Every individual has two million microbial genes, and an unknown quantity of protein families at play in drug metabolism.

Over the past ten years, research has begun to demonstrate the interactions between a patient’s microbiome and the metabolism of a given drug. Take paracetamol, for example – an over-the-counter painkiller many patients take several times a week. Patients with a relatively high proportion of a chemical called p-cresol in their urine metabolise paracetamol differently to those with a low proportion of the same chemical. This microbial variation can also lead to more severe drug reactions, particularly in other indications. For instance, one anticancer drug causes delayed bacterial activity, causing intense, sometimes fatal, diarrhoea.

An expensive guessing game: The microbiome system as it stands

There is growing awareness of the role the microbiome plays in drug metabolism, yet there is still no systemic, global and standardised map or system in which microbiome-derived metabolism data can be stored. Without such a system, we are unable to predict, and eventually modify, the interactions between the microbiome and drug pharmacokinetics (‘what the body does to the drug’), or pharmacodynamics (‘what the drug does to the body’).

There is also no standardised methodology or regulatory requirements for microbiome-drug testing. As a result, drug discovery and clinical experiments take longer than necessary, consuming more valuable resources. These problems are carried all the way through to prescribing. When prescribing a drug, a clinician has no system with which to predict (and therefore, prevent) a negative interaction with a patient’s microbiome.

Given that the microbiome is so expansive and complex, yet has the potential to offer such rich insights, the industry needs to both compile this vast array of dispersed data into a single holistic dataset, but also develop a standardised format for this data for onward tool development.

The search for a microbiome solution

The ideal solution involves the development of a common central depository of microbiome data with agreed annotation and standardisation from leading players in the industry. With this ‘atlas’ of microbiome-derived metabolism data, we can then begin to incorporate microbiome data into development processes, creating safer and more effective drugs, and in some cases harness the microbiome to create new medicines.

The Pistoia Alliance has launched a new project to do exactly this. The project will curate existing data around the microbiome-derived metabolism of drugs and other compounds, sourced from existing publications, public data repositories, and companies involved in microbiome research. These data will be standardised to build a machine-readable atlas, allowing data to be easily searched and accessed. The second stage of the project will involve determining specific chemical groups of interest, allowing a prediction tool to be built and incorporated into future development.

The future of drug discovery in healthcare

With a standardised ‘atlas’ of microbiome-derived metabolism, we hope to finally allow microbiome data to become a standard part of the drug discovery process, creating safer and more effective drugs. By incorporating machine-learning, we also have the potential to predict the interaction of a given drug, dietary supplement or even chemical moieties used in areas such as crop science with the microbiome.

This project is now being backed by several large pharmaceutical organisations, and we will be looking to initiate in early 2022, we encourage any further research led organisations that may want to take part to get involved.