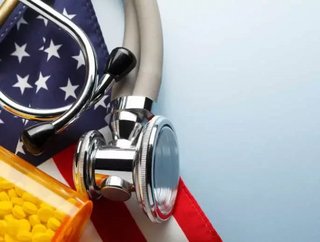 Since his inauguration in 2016, President Trump has sought to dismantle Obamacare but has been repeatedly challenged. Now, he seeks to undercut it by la...

Since his inauguration in 2016, President Trump has sought to dismantle Obamacare but has been repeatedly challenged. Now, he seeks to undercut it by launching new flexible healthcare plans, with new rules attached within the short-term, limited-duration insurance options on offer in October 2018.

The insurance plans will cover longer periods than the previous two months and can now cover periods of less than 12 months, up to 36 months in order to target those who are unable to afford high premiums.

At present, up to 28mn Americans are without insurance coverage, according to the Centers for Disease Control, leading the new plans to be up to 80% cheaper than traditional Obama led insurance plans.

Donald Trump has stated that the plans will be “much less expensive healthcare at a much lower price. Will cost our country nothing. We’re finally taking care of our people.”

However, the plans have been hit with fierce criticism from many, where critics have deemed the plan as ‘junk insurance.’ The plans will not cover existing medical conditions, pregnancy, prescription drugs, or substance abuse, alongside no guarantee that such plans will be renewed, The Guardian has reported.

“For many who’ve got pre-existing conditions or who have other health worries, the Obamacare plans might be right for them,” health and human services secretary Alex Azar said. “We’re just providing more options.”

“We make no representation that it’s equivalent coverage,” added Jim Parker, a senior adviser at HHS. “But what we do know is that there are individuals today who have been priced out of coverage.”

However, health experts have warned that with such limited coverage, consumers will be opening themselves up to a number of risks, where they may not be able to access essential care at times of need.  Additionally, for those that switch, premiums could be set to rise further.

"There's so little regulation of these products. It's a buyer beware situation" Sabrina Corlette, research professor at the Center on Health Insurance Reforms at Georgetown University informed CNBC.

However, the move will lead to increased competition within the health insurance industry, where providers will look to further transform their service offerings.