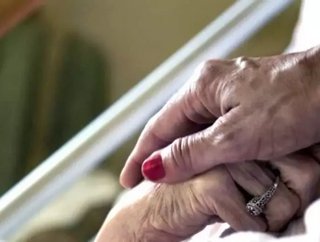 A new drug is being touted as a potential cure for rheumatoid arthritis following early-stage clinical tests in Britain. Researchers from the Universit...

A new drug is being touted as a potential cure for rheumatoid arthritis following early-stage clinical tests in Britain.

Researchers from the University of Newcastle, England, say it is able to treat the symptoms most commonly associated with arthritis – inflammation of the joints, which causes stiffness and chronic pain.

Arthritis is triggered when white blood cells, otherwise known as T-cells, invade the joints in the body.

The new drug reportedly works by ‘blindfolding’ those destructive cells and therefore prevents the cells from damaging the joints.

The PS372424 compound only targets the T-cells implicated in rheumatoid arthritis, which means the white blood cells in the rest of the body and its immune system are not affected by the drug.

Dr Graeme O'Boyle led the study, which was funded by the charity Arthritis UK.

Commenting on the research, he said: "Imagine that the damaged joint is covered in flags which are signalling to the white blood cells.

“Traditional treatments have involved pulling down the flags one by one but what we have done is use an agent which in effect 'blindfolds' the white blood cells.

“Therefore, they don't know which way to travel and so won't add to the damage.”

Meanwhile, Alan Silman, the Medical Director at Arthritis UK, added: “Although modern treatments have changed the outcome for many patients with rheumatoid arthritis, firstly not all patients respond to them and secondly, even in those patients who do respond in some way, we can't completely get rid of the inflammation that damages their joints.

“This research is very exciting, as although it is in its early stages, if it can be transferred to humans it could shut down the inflammation that causes rheumatoid arthritis.”

Work is now underway on improving the properties of PS372424 so clinical trials can be carried out.

The results of this research have been published in Proceedings of the National Academy of Sciences journal.