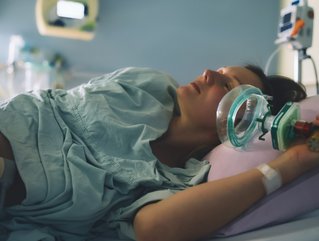 After the devastating Ockenden maternity review, NHS hospitals have been told to listen to women and their families, to ensure women’s voices are heard

In 2018, two families who lost their baby daughters after receiving care from the Shrewsbury and Telford Hospital NHS Trust, asked for a review of the maternity services. That review, one of the biggest in the history of the NHS, has finished today and has concluded that over 200 babies may have died - and others left with life-changing injuries - due to hospital failures.

In some cases where babies were left with brain injuries, this was attributed to the hospital's aversion to providing caesarian sections.

Senior midwife Donna Ockenden, who led the review into maternity failings at Shropshire hospitals hopes that the findings will be “A blueprint for safe care”.

According to Ockenden "failures in care were repeated from one incident to the next", in maternity care at the Shrewsbury and Telford NHS Trust.

It was revealed that:

SaTH has accepted full responsibility for its failures.

In March 2009, baby Kate died a few hours after her birth. Her parents Richard Stanton and Rhiannon Davies wanted answers as to why.

Later in 2016, baby Pippa died from a Group B Streptococcus infection, leaving her parents Kayleigh and Colin Griffiths devastated and also demanding answers. Together, the bereaved parents pushed for a review.

Placing a woman’s choice at the heart of hospital healthcare

Josie Robinson, a specialist in Clinical Negligence at Lime Solicitors, hopes that this time, mothers and families will be placed at the centre of the maternity processes, instead of being treated as a box ticking exercise.

“The issues raised in today’s report are not new and have been discussed time and again without any real attention being given to the systemic issues causing this gap in care,” said Robinson. “As clinical negligence lawyers we have witnessed failings in obstetric care for many years, with a lack of kindness and compassion and a culture of cover up. Countless clients have had their lives shattered by grief and loss due to negligent care and we have finally hit a pivotal moment for fundamental change and reform. I urge those in power to drive real change following this review, to give the brave families involved the legacy they deserve and ensure this is not another inquiry that fails to receive the attention it deserves.”

“It is promising to see that one of the recommendations made in this report is to listen to women and their families and to ensure women’s voices are truly heard. It was hugely disappointing to read how many women felt they were not treated with compassion and kindness during what for many was a devastating time of their life, and I am hopeful that the families will be reassured these shortcomings will not happen to others going forward.

“We have seen claims that lessons will be learned in the past and I encourage the NHS to take this opportunity to keep to their word and implement the necessary changes for good this time. One crucial area for these promises to be kept is regarding women making informed choices about their care and being provided with accurate information to enable this, not least about mode of delivery. Too many hospitals are reluctant to go ahead with caesarean sections and this stigma must end, placing the woman’s choice at the heart of decision making over any wider hospital policy issues.”