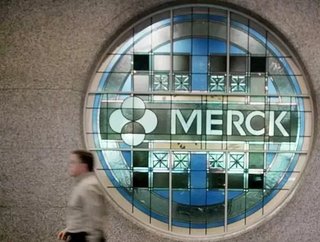 Merck &amp; Co., Inc. (NYSE:MRK) has announced that it has submitted an application to the U.S. Food and Drug and Administration (FDA) seeking approval...

Merck & Co., Inc. (NYSE:MRK) has announced that it has submitted an application to the U.S. Food and Drug and Administration (FDA) seeking approval for its cancer drug Keytrada that is designed to treat patients with non-small cell lung cancer (NSCLC) after a study comparing the drug against rival cancer treatments by Bristol-Myers Squibb Co. was published yesterday.

The results of the study, which were presented during an American Association for Cancer Research meeting on Sunday and published in the New England Journal of Medicine (NEJM), showed Keytruda to be an effective treatment option for both lung cancer and skin cancer, also called melanoma. The drug proved to be more effective than Bristol-Myers’ melanoma drug Yervoy.

RELATED TOPIC: TOP 10: Most Promising Drugs Guaranteed to Save Lives in 2015

The study evaluated Keytruda against Yervoy, which has been the standard first-line option to treat advanced melanoma since its launch in 2011, in over 830 patients suffering from melanoma which had spread to various parts of their bodies.

Although Keytruda and Yervoy are both immunotherapies, the two drugs function differently. Keytruda (pembrolizumab) is among the new class of cancer drugs called PD-1 inhibitors, which work by blocking Programmed Death receptor (PD-1), the protein which blocks the immune system in cancer patients.

“The treatment paradigm for patients with advanced melanoma should be changed because a PD-1 antibody up front is beneficial,” said Antoni Ribas, professor of oncology at UCLA’s Jonsson Cancer Center, co-author of the NEJM paper, and one of the leaders of the Merck-funded study. “It has a higher response rate and a better safety profile.”

RECENT TOPIC: Use of Aspirin Continues to Rise in Older Generations

Keytruda received FDA approval in September 2014, as a treatment for melanoma patients who witnessed worsened condition of their disease after receiving Yervoy. Merck now plans to submit an application with the FDA for approval as a first-line treatment for metastatic melanoma. President of Merck’s research arm, Roger Perlmutter, mentioned that the results from the new study demonstrate Keytruda as “the favored drug” in first-line treatment.