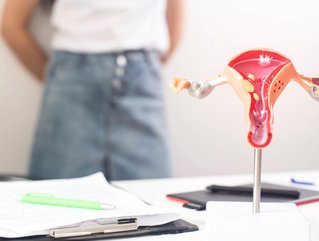 Polycystic ovary syndrome (PCOS) is a complex condition with diverse manifestations of ovulatory and menstrual irregularity, decreased fertility or infertility, an increased level of androgens (male sex hormones), and metabolic dysfunction in women.

It is recognised as one of the most common female endocrine/metabolic disorders affecting 8% to 13% of reproductive-aged women, with up to 70% of affected women remaining undiagnosed.

Unfortunately, scientists don’t yet have a definitive answer to what causes PCOS. PCOS is considered to be a complex genetic trait with multiple genetic variants. Moreover, PCOS development is likely to be influenced to some degree by environmental factors (e.g., diet and excess weight). Thus, they believe people might be more likely to have PCOS if they are insulin resistant (which means their body can’t regulate blood sugar in the way it should), if someone in their family has it, or if they are overweight (a body mass index above 25 kg/m2).

Andrei Marhil, PhD, General Practitioner, Medical Advisor at Flo Health explains some of the most commonly asked questions around PCOS. 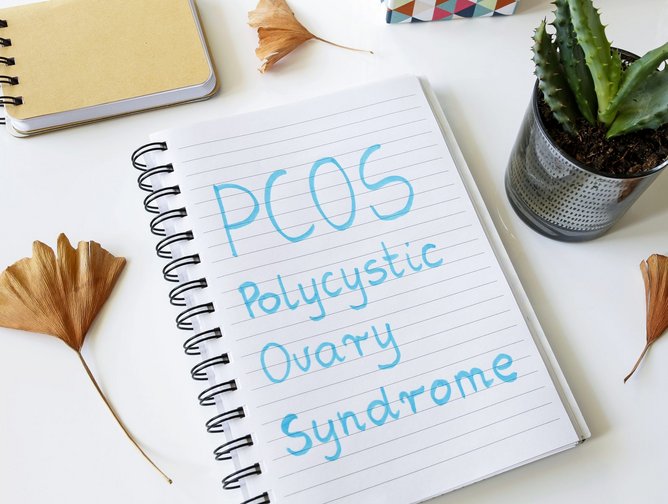 What are the common symptoms of PCOS?

There are several PCOS symptoms to look out for, all of which can have an impact on both physical and mental health. However, it’s worth keeping in mind that PCOS is a complex condition, so experiencing one of the symptoms doesn’t necessarily mean that the disorder is present. Only a doctor can establish a diagnosis, taking into account the presence of a combination of symptoms and lab tests and imaging results. The principal features of PCOS include excess levels of male sex hormones known as androgens, problems with ovulation, and the presence of multiple small sacks in the ovaries.

It may be detected via lab tests, but also, PCOS may manifest certain symptoms:

They are characterised by missed or irregular periods. PCOS alters the ratio of hormones necessary for ovulation and therefore disrupts a regular menstrual cycle. Because of the high level of androgens present in PCOS, the ovaries can stop releasing eggs regularly or might not release an egg at all. This can understandably have a secondary effect on the periods, meaning they could become irregular or even stop for a while.

Problems with ovulation may also result in heavy bleeding. The ovaries usually produce a balance of estrogen and progesterone, but if they stop ovulating, they’ll also stop producing progesterone. The uterus lining starts growing too much or becoming too thick, which can lead to occasional episodes of abnormal bleeding called “anovulatory abnormal uterine bleeding.” This bleeding is likely to be heavier and last longer than a normal period.

Presence of multiple small sacks in the ovaries (polycystic ovaries)

Surprisingly, despite the name, not everyone who develops PCOS has polycystic ovaries, making it difficult to diagnose. In each cycle, usually, one dominant follicle grows to release an egg at the time of ovulation in the middle of the cycle. With PCOS, due to problems with ovulation, the follicle may grow to some extent but then freeze and not release an egg. Over time, a lot of such immature follicles accumulate in the ovaries, which is why it looks like multiple cysts. On the other hand, it’s comforting to note that these cysts are unlikely to be painful because they are tiny at just around 2 to 9mm each.

What are the other characteristic signs of PCOS?

The good news is that making healthy lifestyle adjustments, such as eating more healthily and moving more, could help to reverse insulin resistance and reduce the chances of developing PCOS.

Unfortunately, evidence shows a link between PCOS and anxiety or depression. Scientists aren’t exactly sure why this is, but the good news is that there is plenty of help available.

How is PCOS diagnosed?

Although it is estimated that the disorder affects 8% to 13% of reproductive-aged women,  still, there is no single test available for PCOS. Over the years, different classifications have been used, but they conflicted with each other. In 2003, Rotterdam criteria were agreed upon, stating that a PCOS diagnosis should include at least two out of three criteria: irregular or missed periods, a high level of androgens, and polycystic ovaries.

Unfortunately, this means that being diagnosed with PCOS could potentially take some time. There are no definitive timescales available, but one large global study found that while 43.4% of women were diagnosed within six months, 33.6% of women had to wait more than two years to receive a diagnosis.

Unfortunately, similarly to how it impacts the menstrual cycle, PCOS can also affect fertility. With irregular or stopped periods, it can be understandably difficult to track ovulation, making it difficult to accurately time sex for conception.

Sadly, PCOS can sometimes stop ovulation from occurring at all, making it one of the leading causes of infertility for women. It’s estimated that around 70% to 80% of women with PCOS might have difficulty conceiving. However, it is believed that with effective treatment, the majority of women with PCOS should be able to get pregnant.

How is PCOS treated?

Unfortunately, there is currently no cure for PCOS. Still, there are a number of effective treatments available for the symptoms, which means life before and after PCOS treatment could look radically different.

The best course of action across the board is to maintain a healthy lifestyle with regular exercise and healthy, balanced meals.

Also, hormonal contraceptives are often offered as the first line of treatment for PCOS; they offer the “missing ingredient” of progesterone and may be able to give that balance. They may be effective in treating the main PCOS symptoms of irregular periods, excessive hair growth, oily skin, and acne.

But beyond that, specific treatment for PCOS will depend on whether or not you are currently trying to have a baby and also on the way the syndrome affects you personally — whether that’s physically or mentally. For someone trying to conceive, the good news is that there are ways to manage hormonal imbalances. A health care provider can consult about trying pills to help trigger ovulation.